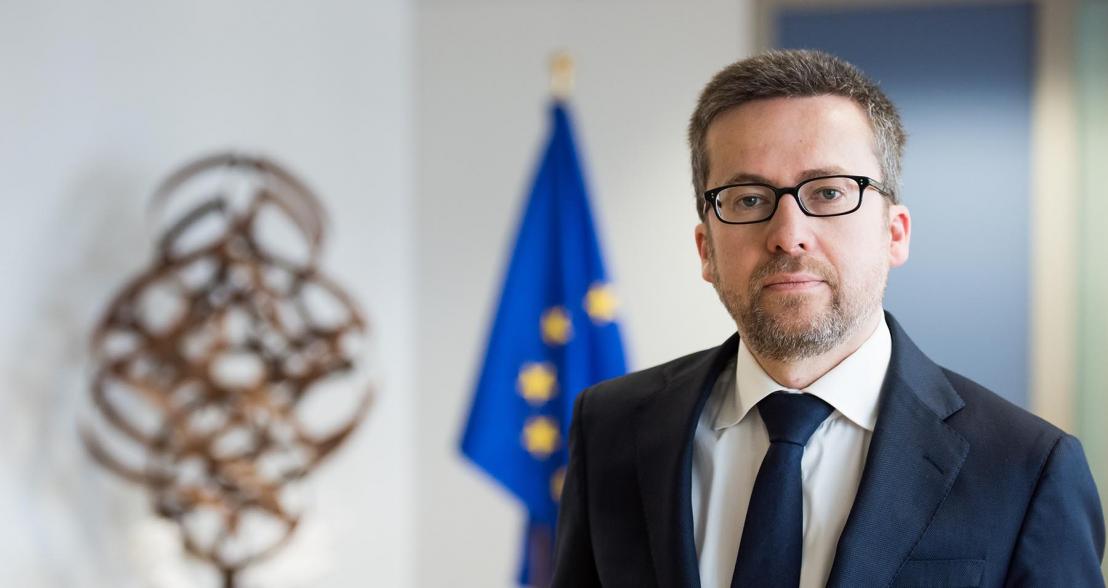 The next European science and research funding programme, known as Horizon Europe, is designed to connect people with the achievements financed by their tax money, and to fix problems with innovation funding, according to Carlos Moedas, the European Commissioner for Research, Science and Innovation. He spoke to Horizon magazine to coincide with the launch of the Horizon Europe proposals on 7 June.

The plans for Horizon Europe contain a lot of continuity with Horizon 2020 but also some new elements such as the establishment of a European Innovation Council to promote innovation and the introduction of mission-oriented research. What’s your overall goal?

‘What changes is basically two things. (The first is) the way we fund innovation. That is something that we don’t do very well so far, and we have proof of that. We have talked to entrepreneurs and we have people who came to us and told us: “Look, the way you look at innovation is too top down. You tell us what to do and today innovation is not about that, it is about us telling you what we want to do.”

‘And so the Innovation Council is to look at innovation the other way around - bottom up. We will be close to (the entrepreneurs), we will mentor them, we’ll be more than the money, we’ll be about following up what they do, about giving them data that they need.

‘And then there’s this idea of linking what we do to people. The idea of the missions, which comes from the work of the economist Mariana Mazzucato, is exactly to create ways of communicating better to the people what we do (in European science and research). Instead of saying that we will map the brain, we can say that our mission is to cure some diseases like Alzheimer’s or dementia, or that we’ll do something for people not to die of cancer, and people will understand better what we do.’

What’s the benefit of arranging research funding around missions?

How will these missions be chosen? Will people have a say?

‘What we did was to be humble about it. It’s very difficult to decide today on missions for 2021 to 2027 and so what we did in our proposal was basically to have a selected group of criteria that will be the criteria for choosing those missions. Our idea is to create mission boards, which will be groups of 10 to 15 people that will come from the Member States, from the stakeholder groups, from the experts, and then with the criteria, they will be able to decide on missions.

You’ve spoken a lot about the importance of innovation. Is there a danger that the programme is too business-oriented at the expense of basic research?

‘No. The biggest line of the budget is the European Research Council. Which means our focus on fundamental science is still really very, very, very big. We have been talking a little bit more in the past couple of months about innovation because we don’t do it well. And we don’t need to speak that much about fundamental science because we are doing it very well. The European Research Council in the past 10 years have done so many amazing things, from Nobel Prizes to Fields Medals that people know them very well and we cherish them.’

Since the size of the budget for Horizon Europe was announced, there’s been a bit of a debate about how big the increase in funding actually is. What’s your take on this?

‘The numbers are quite simple. Horizon 2020 was around €77 billion. If you subtract the United Kingdom, because the United Kingdom was a big part of the programme, that would be €67 billion. And today the programme we are putting forward is €100 billion. €100 billion for 27 countries compared with €67 billion for 27 countries. You are talking about the biggest increase in absolute amounts ever.’

And where can we see the main increases?

You’ve calculated the budget without the UK, but are you planning that they’ll be involved?

‘What we are doing here is a programme for 27 countries. We will try to make it as open as possible for having associated countries that can come on board. The UK will be considered, as by the European Council guidance, a third country. And so we have defined, or redefined a little bit, our rules in terms of third countries – of course including the UK, which is a great partner and I hope we can find a solution. But the agreement is clear that first any country has to have an overall agreement with the EU. And within that overall EU agreement, then you can have an agreement on research and innovation.’

On the third country point, we will find ways of not having imbalances between what countries put in and what they get out. That’s a detail that is important, especially for the question on the UK but also other countries. The idea of Horizon Europe is not that someone makes a profit out of it. Of course, if you are a Member State, you don’t just have the science programme, you have a whole bunch of programmes so you have a balance that it is in all the European relationship. But if you are a third country then you should have a more balanced relationship.’

Is there a big appetite for turning to Europe for science leadership?

‘Yes, I think there is more appetite now than two or three years ago. I think that people feel that Europe is the place to be and we can enjoy that magnet of attracting talent in days of turmoil in other parts of the world so it’s a good feeling.’

Horizon 2020 has been criticised for the fact that it’s very hard to actually get funding, that the success rates are low. How will Horizon Europe tackle this?

‘I think there are two ways. One is that the programme increases in amount. So automatically you solve a little bit of the problem. (And the other) is the synergies between Horizon Europe and the structural funds. So, for instance, projects that are given what we call the seal of excellence, that are not able to be funded by Horizon because we don’t have enough money, they can go to the structural funds and they don’t need to have a new evaluation.’

Why have you called the programme Horizon Europe?

I thought that the name Horizon in itself was a good name and a good brand, and so I wanted to keep Horizon. And I think that having the brand Europe and cherishing the brand Europe is more important than ever. When you had Horizon 2020, if you go to China or Japan or Africa, people will not immediately relate that to Europe and so that’s why I wanted to include the name Europe. You have some people that say Europe is not important and you have all these populists and extremists around Europe, (so it’s important) to say: “No, no, this is a European programme.” And that’s why we ended up on Horizon Europe. My wish is that then you can stabilise the brand for the years to come.

The European Union’s next research and innovation programme will run from 2021 to 2027 and be worth €100 billion, according to proposals launched on 7 June by the European Commission.

Horizon Europe - the next research and innovation framework programme

LAB – FAB – APP Investing in the European future we want : report of the independent High Level Group on maximising the impact of EU research & innovation programmes