Heavy traffic? No worries for commuters! 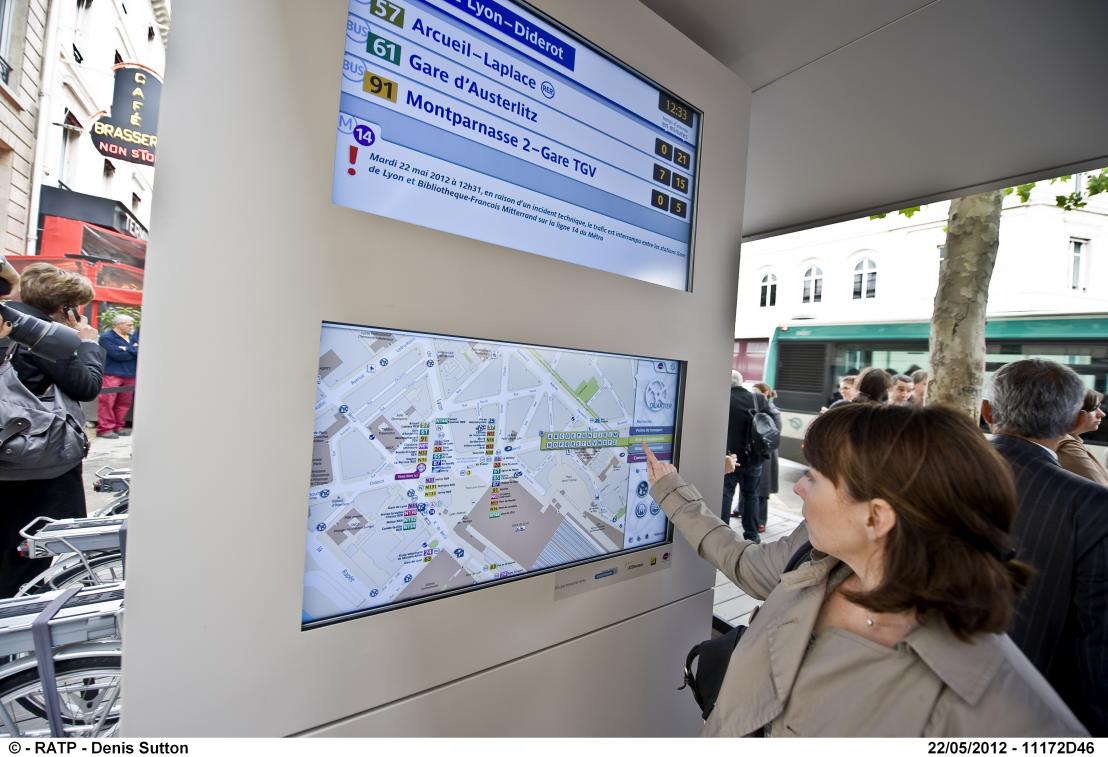 Imagine being able to know ahead of time if you will have to wait for your bus due to road works, or if your train is running behind schedule.

That is the promise of technology being tested in Madrid, Spain that could ease the lives of millions of Europe’s commuters.

Workers travelling to and from the office are told about congestion, incidents, departures and platform information on the bus, rail, metro, tram and light rail network thanks to an advanced computer system that relays information from vehicles to a control centre, and integrates it with information from other modes of transport.

Commuters then get real-time information about the entire public transport network on their smartphones and on dedicated information screens. The system also helps run the buses more smoothly.

The scheme for 40 buses proved so successful that, before the end of the trial period, Madrid's city authority decided to extend the technology to its entire commuter bus fleet of over 2 000 vehicles.

‘You need an attractive means of transport, good service and a comfortable environment so people don’t regret not taking their car.’

It is part of ‘European Bus System of the Future’ (EBSF), an EU-funded project, the largest to date focusing on the urban bus network, being tested in eight cities – Bremerhaven in Germany, Paris, Brunoy and Rouen in France, Budapest in Hungary, Gothenburg in Sweden, and the Spanish and Italian capitals, Madrid and Rome. The four-year EUR 26 million project brought together 47 public and private organisations – including bus manufacturers, transport operators, public authorities, supply firms and universities – and was coordinated by the International Association of Public Transport (UITP). The European Union put in EUR 16 million through FP7, its funding programme running from 2007 to 2013.

In Paris, commuters got to sit on heated seats and find something to read from a book-sharing facility in a prototype bus stop tested out as part of the project by public transport authority RATP. The stop also had digital information screens, a wooden platform, and a coffee and street food stand.

Buses lagging behind trams and metros

While buses account for 80 % of public transport journeys around the world, and 50-60 % in Europe, their attractiveness lags behind that of other transport modes, such as trams, metros and urban trains. Public transport use in cities is on the rise, but growth is slower for the bus than for other modes of transport, despite it being the most cost-effective.

‘People tend to think of buses as not particularly comfortable or reliable. And the dedicated infrastructure that can keep buses flowing in dense urban traffic, although cheap, is very often not in place,’ says Umberto Guida, Project Director at the UITP.

‘You need an attractive means of transport, good service and a comfortable environment so people don’t regret not taking their car.'

Umberto Guida, project director at UITP. © EBSF/Besenyei PhotoUmberto Guida, project director at UITP. © EBSF/Besenyei PhotoThe best thing about the system tested in Madrid is that it is standardised and modular. Different applications can be added as required, and it represents a huge cost saving for bus makers and operators. It means a bus operator in Estonia, for example, could download and apply the system for its own operations, saving the need to develop its own systems.

'Currently it’s a nightmare,' says Philippe Grand of Irisbus. 'This way we will have one type of Ethernet system into which we can plug equipment. Now we know how to equip our vehicles to comply with the EBSF system.’

'We learned to work together to achieve a common result – and we’ve shown that we can do a lot with buses and at a lower cost.’

European Bus System of the Future

Winners of the 32nd edition of the European Contest for Young Scientists explain how reimagining machines can change our future.
END_OF_DOCUMENT_TOKEN_TO_BE_REPLACED