Forest communities are guardians of biodiversity. Now they can contribute their knowledge to scientific projects designed to protect ecosystems by inputting data in tailor-made systems.
By  Jonathan Smith
Participatory design session in Congo-Brazzaville for the icons that will be used in Sapelli. © Michalis Vitos

The practice of citizen science (CS) has become well established in the past decade or so. Working with professional researchers, interested volunteers take part in scientific discoveries, observations, experiments and data analysis using new technologies. It is one way people are able to contribute to addressing real-world challenges.

Some citizen science projects have crossed over to the mainstream and become so well known, they’re almost community events. Wildlife surveys, astronomy and chemical analysis are performed by ordinary people working as volunteers with scientific platforms as volunteers.

This kind of backyard-boffin uses apps and computers to populate databases with observations or donates spare computer capacity to high-performance computing applications. The collective effort sometimes breaks through to new discoveries large and small.

But research carried out with the aid of the general public is taken up a notch with extreme citizen science (ECS). This approach includes people who are normally excluded from CS initiatives because of educational or technical barriers.

Through an ECS initiative, EU researchers have collaborated on a conservation project with the Baka (Bayaka) People of the Congo Basin, Central Africans who are amongst the world’s true forest people.

The Baka people are adept hunter-gatherers. They exist by hunting, fishing and foraging plants. Having lived as forest custodians for thousands of years, they possess an intimate and unrivalled knowledge of the plant and animal species it contains.

There’s a unique value in recruiting all types of people from diverse societies to citizen science endeavours. There is growing awareness of the importance of the traditional ecological knowledge (TeK) held by indigenous peoples. Novel methods and tools are needed to enable communities with low literacy levels to record and visualise data about their surroundings.

The ECSAnVis project builds on existing knowledge of how non-literate people and those with little or no understanding of technology can successfully take part in producing research questions and collecting the required data.

‘We focused on creating software called Sapelli that runs on mobile phones and allows non-literate people to collect information about their area with an app that participated in the design (Sapelli Viewer) that is suitable for such users. We tested the software in communities in Cameroon, Brazil, Namibia and Congo,’ said project coordinator Muki Haklay.

Data collected by the users is visualised on a map. The use of such tools means hunter-gatherer societies are included in research activities and their unsurpassed local knowledge is tapped for the sustainable management of our global environment.

Indigenous people and local communities are natural guardians of biodiversity. When they share their TeK, which complements data from scientific research, it helps prevent species loss.

Through ECS initiatives, researchers collaborate with these groups by employing new forms of data entry that apply their inherent knowledge to create forest management plans.

These plans are used by commercial logging companies to ensure sustainable use of the forest, which protects biodiversity and local communities. 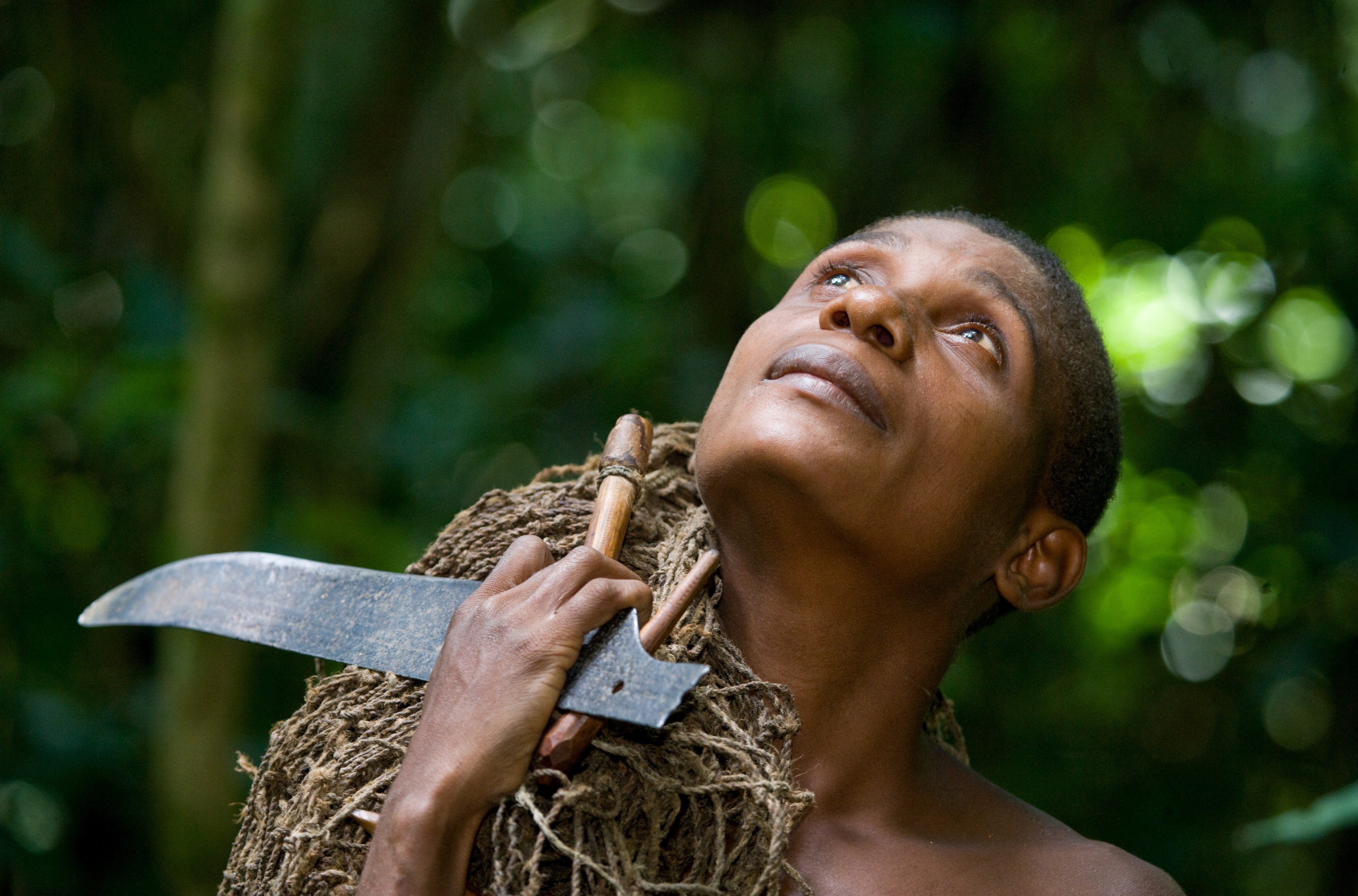 Participating hunter-gatherers can geo-tag key resources that they do not want to be damaged by forest industry. They can monitor logging activities that take place in their forest areas and identify commercial bushmeat poaching activities that damage wildlife and undermines their ability to maintain their traditional lifestyles.

The system does not just protect forest biodiversity, it helps indigenous people preserve their culture. They visit the location of food sources or cultural sites and by selecting an appropriate corresponding icon on a mobile phone they pin it on a map to record its position.

The icons are adapted to local conditions and the designs are based on original images that are tested with the whole community to discover which ones are the most easily understandable and relevant to the people who use them.

In this way the local people participated in the co-development of the software, informing the science team what they wanted to protect so that the software could be tailored to the community’s needs. The lessons learned in the Congo are relevant to other indigenous communities around the world and can be adopted using this approach.

The data collected under ECS surveys empowered the Baka communities to protect their forest home by mapping their resources and sacred sites to combat illegal logging and wildlife poaching.

Researchers developed a Geographic Information System (GIS) that can store large amounts of data, show and analyse change over time, and visualise possible future trends, while being capable of taking TeK inputs and managing them in a culturally sensitive way to support the needs of indigenous groups and communities.

The system was quickly extended to Namibia and the Brazilian Amazon to support local communities in their attempts to combine TeK with scientific analysis to improve environmental management.

‘We overcame the challenging conditions by developing and applying techniques from different scientific disciplines, such as participatory observation and participatory mapping, as well as hardware solutions for charging mobile phones in places where there is no electricity,’ explained Muki Haklay.

Data-driven maps mean local knowledge and environmental data can be made explicit in ways that enable us to understand problems better. By bringing together these different perspectives, exciting new technologies are emerging that can efficiently communicate across linguistic and cultural barriers to give a voice to normally marginalised people.

By empowering people in distant, extreme environments, like tropical forests, we can now begin a vital collaboration that will help us to become more aware of the environmental changes that are going on around us, which is the objective of ECS.

The system is open source. ‘Having worked with lots of different communities across the world and shared our software and methodology openly, I’m very pleased that now any person who wants to replicate our approach can do that,’ Muki Haklay said.

This article is part of our Monthly Focus on citizen science