Prof. Seán Ó Riain has been studying how workplaces have changed since 1995. Image credit - Maynooth University

The future of work is here – and it’s defined by flexibility, autonomy and pressure, according to Prof. Seán Ó Riain from Maynooth University, Ireland, who has been studying how workplaces have changed since 1995. He says we need to rethink public services to help people balance work and family in this new era.

Your NEWDEALS project used interviews and Europe-wide surveys to analyse how work has changed over the past couple of decades. What did you find?

‘I suppose there are a few different puzzles when you look at what’s happening in work today. For example, people have a sense that they’re working longer hours but when you look at the statistics, they don’t show much change in hours at all. But when you look underneath, what’s really going on is that people are working much more flexible hours.

‘We’re in a new period of work. If you compare it to the 1970s and 80s, we’ve come through to a different period. A lot of things like flexibility in work, performance pay, working to a deadline instead of following a script, all those kind of things are very commonplace now. For example, nearly everybody in the surveys that we looked at deals with customers in one way or another.

‘We’re at a stage where we need to think about, now that we’re living in this world of flexible work, how do we respond to that? What are the kinds of services that will enable people to stay in these jobs for a lifetime?’

You’ve mentioned that flexibility is one major feature of the new way of working. What are some of the other trends?

‘One is empowerment of workers. The newer ways of working tend to give people more autonomy, more opportunities for learning, more teamwork – working with colleagues, depending on colleagues and so on. So on the one hand you have this kind of empowerment.

‘And then on the other, you have this kind of intensified pressure. Some of it is direct control – a boss standing over you. That has become less important though. A lot of it is indirect – it’s customers or you’re in a team so there’s a certain amount of informal pressure to meet the requirements that other people have. There’s definitely a trend towards people’s pay being more individualised, which then itself creates pressure around performance and competition with other people and so on.

‘The experience that people have is often, “I like my job but it takes a lot out of me.” That’s empowerment under pressure.’

‘A certain amount of pressure seems to be fine and to some extent inevitable, but it’s when the sense of high-pressure work kicks in (that) you see these issues with people working to very high levels of intensity and the problems with reconciling work, family, leisure, community participation and the other good things in life.

‘The challenge is to find the balance between giving people interesting work, which means making it more complex and they have autonomy and so on, and at the same time doing that without putting them under extreme pressure.’

What’s the wider impact of this flexible, autonomous, pressurised workforce?

‘A lot of the time, funnily enough, from an organisational point of view, it tends to put a premium on planning. You might be able to squeak through in a shop where the tasks are not as complex and people don’t depend on each other as much, but in these complex organisations like IT development projects or hospitals, good planning around this flexibility is crucial.

‘The other side to it is the public policy. There is a regulation side there about hours and unions and so on, that says you can’t just be pulling everybody in for 80 hours a week every three months for two weeks (to meet a deadline). That pushes better planning.

‘It also demands more complex, more high-quality public services. A general set of services that everybody benefits from actually becomes more important when people are working in more different ways than they used to.’

Is society already responding to the new way of working?

‘We’re probably where the industrial revolution was in 1900 or 1910. All of the stuff that happened through the 20th century around the growth of unions and the welfare state, in a way are only starting to happen with these new workplaces.

‘For example, if you think of flexible hours and childcare, the countries that have good public childcare services have built them up basically around the idea of a 9 to 5 work week. Now, more people are working outside of those hours. The question then is, can you adjust the childcare system around that?

‘On the one hand, you have a childcare system, so you’re well ahead of where people were in 1900. On the other hand, that system is organised around people who have organised their lives around 9 to 5, Monday to Friday. So the school system links up to it in ways that reinforce the 9 to 5 and so on.

‘When you’re sitting there as a working parent and you’re trying to figure out, ‘Ok how do I get my child from the school to the childcare?’ Those are technical details, but at the same time, they’re the details of the big question of reorganising how social services and workplaces work together.’

Is it the same everywhere?

‘There are differences between countries in the way that the work is organised. For example, in Denmark, one of the parts of managers' jobs was to try and balance the pressures of work and family for the workers. Whereas in Ireland that was really seen as part of the worker’s responsibility to do that. So that’s not a technological fix, that’s about, “We’re going to have to have 12 nurses on in the middle of the night so who’s responsible for organising that, how do we make it happen?”’

So these new workplaces are often determined by culture rather than profession?

‘I think so, yes. They do look different in different countries. So, if you are working in healthcare in Spain, your work is more likely to be organised in a way that doesn’t give you scope for your own skills. Whereas in Denmark, you’re more likely to be working closely in a team and you’ve got more scope for using your own skills, building them up over time. Whereas the UK or Germany will tend to be more centrally controlled. You might be able to use all your expertise but they’re keeping a tighter rein on the process. So there are choices there. It’s not only culture though – it's also about politics and who has a say over the organisation of work.’

Your study finished last year - what do you want to see as a result of your work?

‘A lot of people have a fear about where work is going in the future. I would like to see the debate focus a bit less on (whether) we (are) all going to be out of jobs or working as automatons, and more focused on how can you build on the empowerment part – new forms of protection, new forms of trade unionism and so on, that push back against those pressures and enable managers to plan better. And better public services to tilt the balance towards the empowerment a bit more and away from the pressure.’

The NEWDEALS project was funded by the EU’s European Research Council. If you liked this article, please consider sharing it on social media. 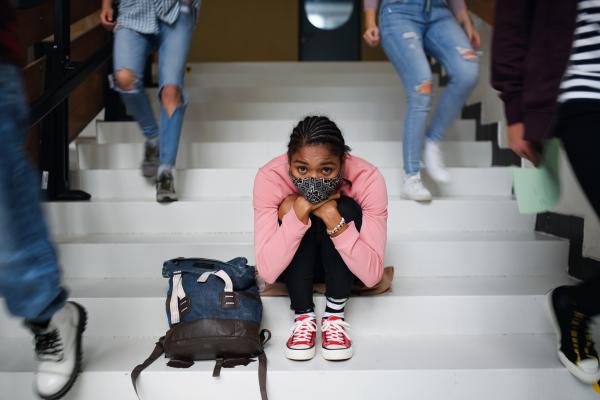 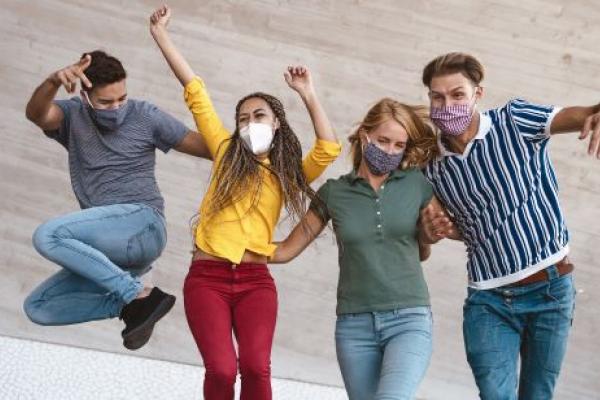 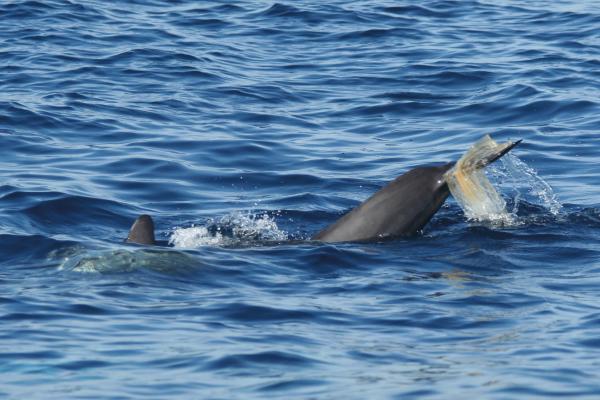 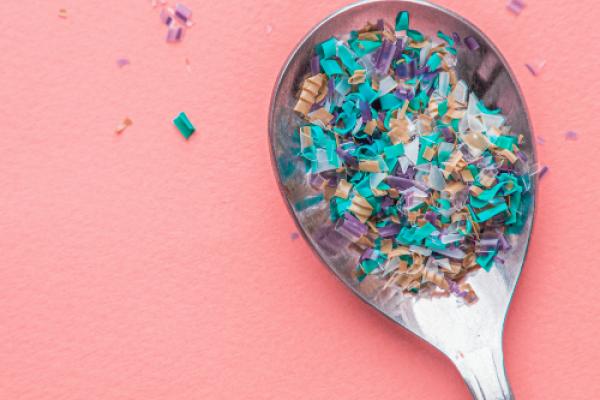 Researchers investigate the life-changing effects lockdown has had on children and young people in Europe. 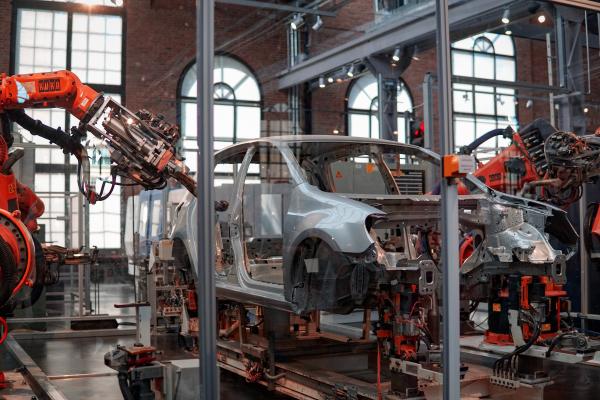 Part of the challenge is programming the actions of molecular machines and reducing the waste from chemical triggers that get them to work. 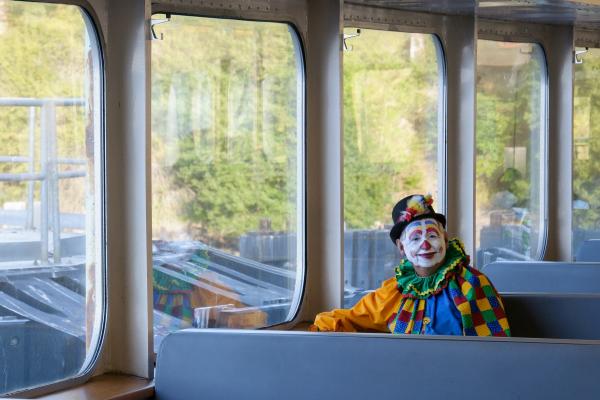 The key is to let nature lead the way, says Jean-Eric Paquet, the European Commission's Director General for Research and Innovation
END_OF_DOCUMENT_TOKEN_TO_BE_REPLACED