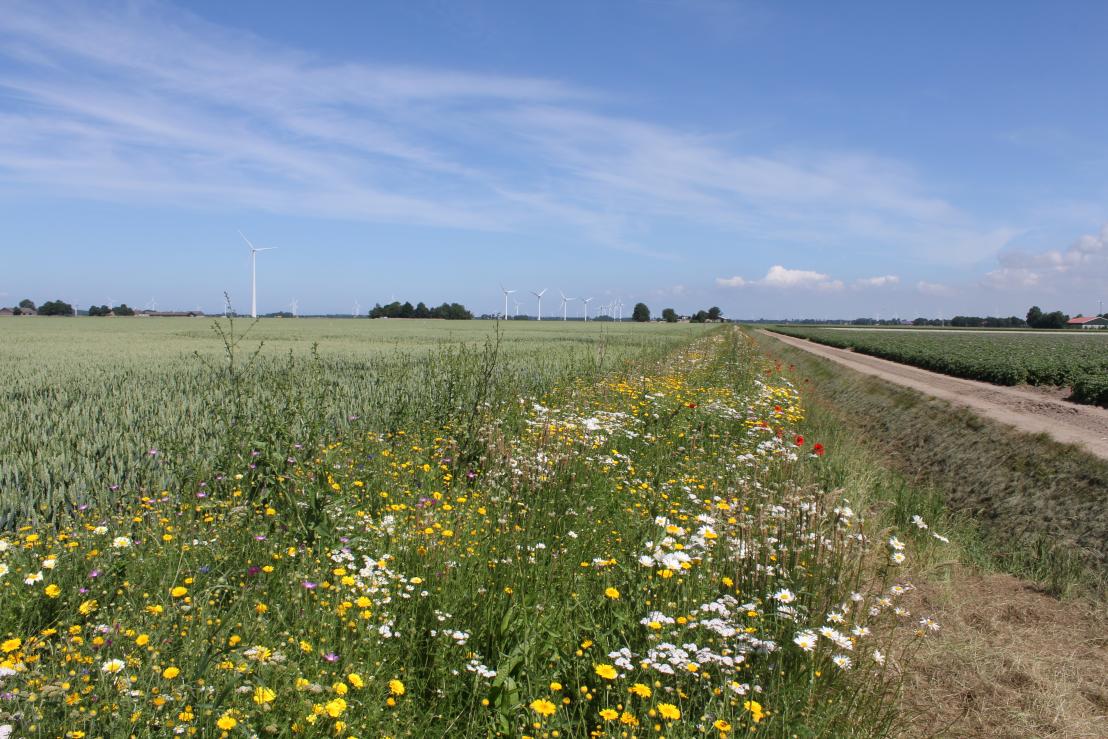 Semi-natural habitats such as a flower strip along a winter wheat field in the Netherlands can attract insects to eat pests or pollinate crops. Image courtesy of Professor David Kleijn.

While farmers often turn to pesticides and herbicides to get as much produce as possible from their land, there’s something new on the menu that could employ nature’s own resources instead.

Intensive agriculture aims to achieve the highest yield at the lowest cost possible. It’s a resource-heavy practice and can cause biodiversity loss, soil degradation, pollution of water resources, and high greenhouse gas emissions.

‘The current trend in agriculture is that everything should be done on a larger scale and if you have a problem you spray with pesticides, or add artificial fertilisers,’ said Professor David Kleijn, an expert in plant ecology and nature conservation at Wageningen University in the Netherlands.

By 2050 it is estimated that the world's population will reach 9 billion, putting pressure on the global food supply.

In order to increase production in a sustainable way, the EU is investing in the so-called bioeconomy, which uses renewable biological resources to create a secure and healthy food supply.

By 2025, the aim for each euro invested in EU-funded bioeconomy research and innovation is to trigger EUR 10 of added value.

According to the United Nations’ Food and Agriculture Organization (FAO), if global population and food consumption trends continue, the world will need to produce 60 % more food by 2050.

Conventional intensification seems to be the most likely choice, but there are alternatives, such as indoor farming and emerging techniques referred to in agricultural circles as ecological intensification.

These organisms are often natural enemies of pests that would otherwise eat cash crops, or they are pollinators, such as bees, that can increase yield.

‘In northwest Europe, farming is way more intensive and we don’t have many semi-natural habitats,’ said Prof. Kleijn, who is the project coordinator of LIBERATION, an EU-funded project that aims to provide facts that can be used to convince farmers to adopt ecological intensification.

As part of the project, researchers helped to establish wildflower habitats on Dutch blueberry farms to attract pollinators and allow farmers to see for themselves the benefits of ecological intensification.

‘The farmers themselves were willing to invest in biodiversity-enhancing measures because they feel they can benefit economically from higher yields,’ said Prof. Kleijn.

‘We provide guidance and evaluate the biodiversity and agronomic effects of the measures. If the outcomes are good the farmers will keep the wildflower habitat after the end of the demonstration project.’

‘Farmers quite often don’t have a lot of choices ... they are often forced to farm in a certain way.’

While the technique can work wonders for some farmers, it isn’t much use for those who grow crops that don’t need pollination, like wheat, corn and root vegetables.

For them, ecological intensification doesn’t make much sense yet as the costs or risks of practices such as creating or maintaining semi-natural habitats are still higher than the benefits.

‘We did a series of interviews with farmers asking if they would be interested in practices to enhance biological pest control and pollination. A very obvious result came out, if they didn’t have pollinated crops then they weren’t interested in pollination-enhancing measures. Pest control scored very low across the board, possibly because insecticides are currently cheap and effective,’ said Prof. Kleijn.

Dutch farmers have to pay as much as EUR 80 000 per hectare of farmland and often have to borrow this money from banks, meaning they are under greater pressure to break even.

‘Farmers quite often don’t have a lot of choices ... they are often forced to farm in a certain way,’ said Prof. Kleijn. ‘That’s one of the primary reasons why farming in the Netherlands is very intensive.’

A solution may rest in using other ecological intensification practices for profitability, such as precision farming with drones, reducing the amount of ploughing, or tillage, needed in order to maintain the long-term nutrient content of the soil, and using crops grown for the enrichment of the soil, known as cover crops.

OSCAR, an EU-funded project, had a team of economists who explored the profitability of farmers switching to ecological intensification.

‘They showed the farmers that if they go to minimum tillage and use cover crops, if it works well, you can have as much income, or even higher income than before,’ said project coordinator Professor Maria Finckh of the University of Kassel, Germany. 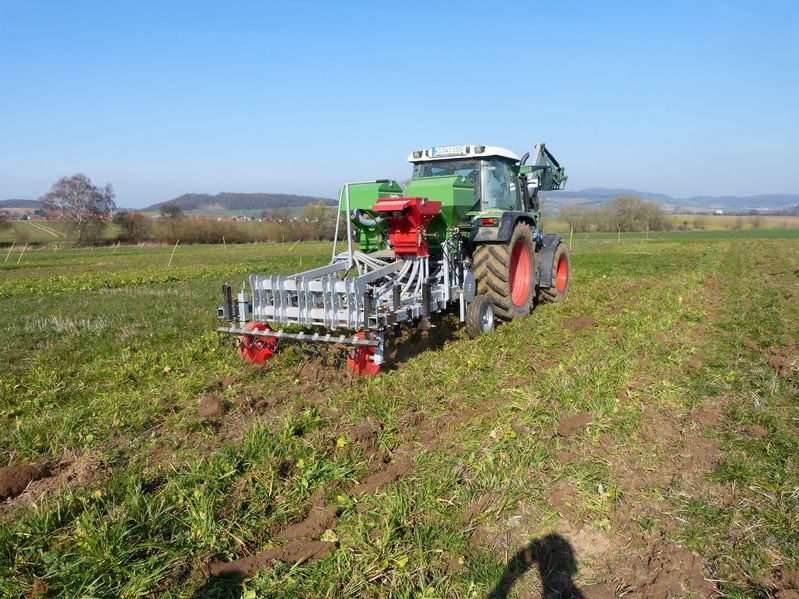 The OSCAR project is experimenting with various cover crops which can enrich the soil of a field. These crops are later removed before planting the commercial crop. Image credit: OSCAR project wiki/ Willemhoogmoed

Tillage is ploughing farm land to mix up soil, bury the grass layer and prepare a uniform bed for sowing, but in recent years this approach has been proved to be detrimental to the soil ecosystems and to long-term soil fertility.

‘Soil is a living system,’ said Prof. Finckh. ‘There are organisms adapted to more and less air. If you come with a plough and turn around the soil, you bring the lower layers up in contact with the air and a lot of organisms will die.’

These microorganisms are part of an ecosystem that helps plants control pests and fight diseases.

To support reduced tillage, OSCAR has been testing different species of cover crops. These are types of plants, like clovers, legumes and grasses, which are planted alongside or between cash crops where their ecological services boost yield and reduce the need of fertilisers, pesticides and herbicides.

This is because they compete with weeds and create ecosystems where earthworms, bacteria and fungi can thrive and help create soil organic matter. It also stops soil erosion and can lock in extra carbon dioxide from the atmosphere.

OSCAR identified which species have the biggest potential and are developing a decision-making tool to help farmers choose the most suitable cover crop.

‘We are trying to give farmers ideas because no one knows the land better than them,’ said Prof. Finckh.

But she also warns that the first few years after changing is usually challenging in terms of yield and weed growth.

‘We have to change the system so it becomes stable in itself again, but that’s not so easy and it takes time.’

Researchers are now investigating how feasible this is.
END_OF_DOCUMENT_TOKEN_TO_BE_REPLACED