DNA gives insight into prehistoric bonds between dogs and humans 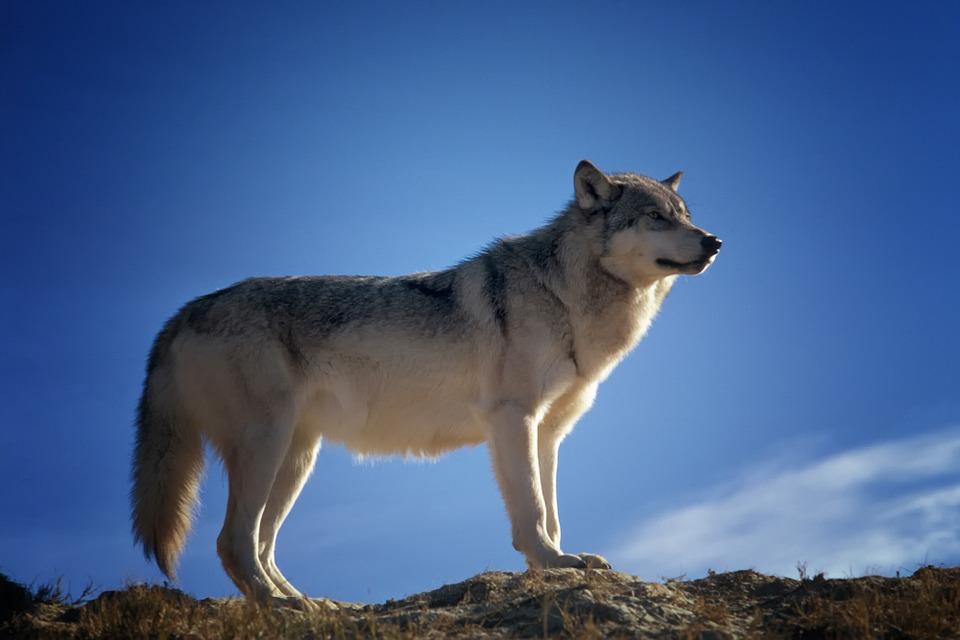 Domestic dogs come in all shapes and sizes, but the animals we now regard as man’s best friend may have originated from just two populations of wolves, research suggests. The findings, along with studies on other domesticated animals, are providing new insights into how our ancestors' lives and movements transformed these creatures forever.

The domestication of animals is regarded as one of the seminal developments in human history. It saw wild animals at first live in closer proximity to humans and then gradually evolve new traits that became beneficial to our species.

The process has given us readily available sources of protein, milk and fat. It has provided animals that can help us work the land, guard our property or enable us to travel faster than we can on foot. They have also offered us valuable companionship.

But exactly how, where and when our ancestors domesticated many of the pets and livestock we have around us today is still largely a mystery. Researchers on the UnDEAD project, however, are attempting to unravel this using DNA obtained from the remains of wild and domesticated animals that lived thousands of years ago.

By comparing these to the DNA from modern domestic animals like dogs, chickens and pigs, they are starting to build up a picture of where these animals came from.

‘These three animals can tell us a lot about the beginning of domestication and the changing association they had with people,’ said Professor Greger Larson, a palaeogeneticist at the University of Oxford in the UK and coordinator of the UnDEAD project.

Their work has produced some surprising findings. Dogs, for example, were thought to have been domesticated from wolves just once around 15,000 years ago. But research by the UnDEAD project on genetic material obtained from 59 ancient dogs and a dog from the Bronze Age in Ireland around 4,800 years ago has shown that dogs may have been domesticated on more than one occasion.

By combining the genetic analysis with archaeological evidence of domestic dogs from around the world, their findings suggest that wolves were domesticated independently from two separate populations in Eastern and Western Asia. The animals then spread with humans into Europe and Asia.

Exactly when these wolves were domesticated, however, is still unclear.

‘We are still getting a tonne of data coming in every week, so my thinking is evolving all the time and swinging like a pendulum all over the place,’ said Prof. Larson. ‘It isn’t quite giving us a coherent picture yet, but we are getting many more pieces of this giant jigsaw puzzle than we could have dreamed when we started this project.’

But the research is also providing an invaluable glimpse into the prehistoric human migrations that have shaped our own populations today. Their study has shown that early domestic dogs from the Eastern population appear to have arrived in Europe between 6,400 and 14,000 years ago, partially replacing the local paleolithic dog population but also mixing with them.

These dogs did not travel there by themselves, however, but were likely brought by early Neolithic farmers as they expanded into Europe. These farmers also brought pigs, cows, sheep and goats with them. The research has also shown that the spread of dogs from the East didn’t stop there.

‘Prior to the arrival of the Europeans in the 16th century, the dogs in the Americas had a lineage that descended from East Asia, possibly eastern Siberia,’ said Prof. Larson. ‘When the Europeans arrive though, these dogs just disappear, either through persecution or disease or something else.

‘There was probably a population of several hundred thousand or million dogs in North, Central and South America, and they just vanish.’

‘We can use domestic animals as a proxy to try to understand human migrations at quite a granular level,’ added Prof. Larson.

The team have also shown that chickens appear to have been domesticated from wild Red Jungle Fowl in South East Asia during the Bronze Age before flocks spread into China and then later into Europe.

‘What is fascinating is that the relationship between humans and these animals in the past was probably very different from the one we have today,’ said Prof. Larson. ‘Eating chickens is a recent phenomenon, and perhaps only started when they came into Europe in around 700BC. They were probably drawn to humans initially for other reasons (such as easy access to food) and that relationship changed through time.’

Prof. Larson and his colleagues found that changes in human behaviour also had a big impact on the animals they were domesticating. Strict religious dietary restrictions that began to be enforced  around 1000AD made it acceptable to eat chickens and their eggs but not meat from four-legged animals during fasting. This led to a sudden leap in the frequency of a gene called TSHR, which is thought to be strongly associated with domestication, in the chicken genome.

But human meddling may have left hallmarks on domestic animals in other ways beyond altering their genetic code. Dr Oliver Smith, an evolutionary genomics researcher at the University of Copenhagen, Denmark, has been examining how chemical switches that turn genes on and off may have also been altered by domestication.

Known as epigenetics, these chemical switches are thought to provide a way to help animals adjust to changes in their environment during their lifetime. But there is some evidence that they can also become semi-fixed and passed on to later generations, offering them a way of being ‘primed’ to cope with the environment they find themselves in.

‘We wondered if this epigenetic inheritance might be partly responsible for the huge variation we see in dogs today,’ said Dr Smith, who conducted his research as part of the EpiCDomestic project. ‘We see it playing a role in domesticated plants, so thought it might too in dogs.’

He examined DNA from the remains of 33 ancient and prehistoric wolves and early dogs that were up to 14,000 years old. Around half had been found frozen in permafrost.

Fortunately for Dr Smith, pieces of DNA that carry epigenetic switches age differently from those without, allowing him to identify a handful of specific genes that appear to vary greatly in early dogs compared to later animals. These include genes responsible for brain development and skeletal changes. He is still drilling down into what caused these changes.

‘The findings are still very preliminary,’ said Dr Smith. ‘We need to do a lot more work to understand exactly how dogs have been changed by living with us.’

A better understanding of how sand behaves in the wind should help protect tracks and trains.
END_OF_DOCUMENT_TOKEN_TO_BE_REPLACED

Cancer research needs to change so that cancer treatment can become truly personalised, according to Professor Martine Piccart.
END_OF_DOCUMENT_TOKEN_TO_BE_REPLACED