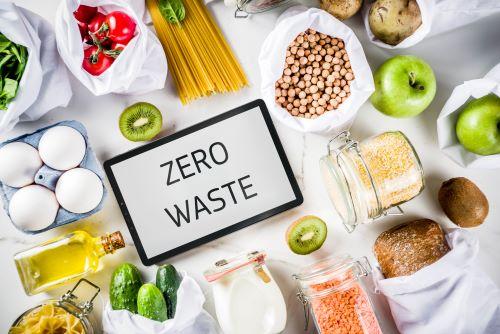 Since a major portion of food waste happens at plate level, researchers are using digital technology to put sustainability back on the menu. © Rimma Bondarenko, Shutterstock

Food waste has reached colossal proportions and the magnitude of the problem requires equally massive resources with the potential to supply sustainable answers. What better than the dynamic digital databases and advanced analytics we literally have access to “at our fingertips”.

Around 88 million tonnes of food are wasted in the EU every year – from food on the plate we don’t eat, out-of-date products and crop leftovers. This is equivalent to 170 kilos per person.

The need to reduce food waste is becoming increasingly urgent. With world hunger on the rise, wasting food is an ethical issue since it exacerbates food insecurity by depriving the poor of resources they badly need. Through decomposition in landfills, discarded food also contributes to climate change, biodiversity loss and pollution.

According to the UN Food and Agriculture Organization, food waste contributes to 8% of total global greenhouse gas emissions.

There’s a way to solve the problem. Since a major portion of food waste happens at plate level, researchers are using digital technology to put sustainability back on the menu.

A problem shared is a problem halved

While urbanisation with its high population density is a prime offender in the food waste arena, a city profile can be ideal for one solution – food sharing. One ambitious action, led by Professor Anna Davies of the Geography, Environment and Society department at Trinity College in Dublin, is opening up access to waste schemes in urban sprawls.

Professor Davies is behind SHARECITY, an award-winning project that has examined city-based food sharing initiatives. Many of these initiatives have food waste reduction at their heart, whether that’s through gleaning crop remnants, operating food redistribution hubs or running community kitchens using edible surplus. Examining ICT-mediated urban food sharing (apps, website and social media), it has explored what this high-tech response means for sustainable food transitions.

The research provides answers to questions about the impacts of urban food sharing and the barriers and challenges that sharing faces as well as where and how these initiatives can be made more effective. ‘As the project focuses on food sharing organisations that use ICT, we could identify a digital trace of their activities from our desks and then use their public profiles to map and categorise activities,’ she explained.

Since the start of the project in 2016, Professor Davies and her team have expanded their research from their home base in Dublin to cities across Europe, Asia, Australia and North America. What started as an idea to explore the role and impact of technology in city-based food sharing initiatives grew into an extensive open-access and interactive database that maps urban food sharing across six continents.

An online, free to use Impact Assessment toolkit was also developed called SHARE IT for food sharing initiatives to measure and communicate their contributions to sustainability. The project then created future scenarios and culminated with a manifesto for sustainable food sharing.

Six years of work has culminated in the European Research Council award-winning SHARECITY100 database mapping more than 4,000 initiatives being viewed thousands of times by people from 93 countries

According to Professor Davies, the project’s social and online media strategy was important because food sharing initiatives are often invisible. Having crowdsourced to look for new initiatives, she said: ‘We really needed to know from the grass roots what was going on. Revolutionising the food system needs to be tailored to the local context.’

Schemes promoted on the online database range from sharing traditional knowledge on leafy vegetables in Kenya to platforms to catalyse new approaches. One example is City Labs in Budapest which brings together policymakers, researchers, educators to work on their visions of the EU’s FOOD 2030, which aims to guarantee Europe’s future food systems through research and innovation.

‘Six years of work has culminated in the European Research Council award-winning project SHARECITY producing not only the SHARECITY100 database mapping more than 4,000 initiatives and being viewed thousands of times by people from 93 countries, but also a bespoke toolkit to identify the sustainability impacts of those initiatives – the SHARE IT platform and a manifesto for sustainable food sharing’, said Professor Davies.

Shifting from the city to the farm, digital-savvy researchers are also planting the seed of technological innovation to increase the value of waste in the agri-food industry. The potential of recovery of material from the waste could be as high as 60%, according to Dr Tamara Fernandez of CEIT Technology Centre in Spain.

As coordinator of the MODEL2BIO project, Dr Fernandez is working on a massive simulation of the production chains within the sector.

For instance, liquid lost when milk is separated to produce butter and cheese contains valuable ingredients for recovery. Staying with dairy, only at the supermarket, cheese trimmings can end up on the floor as machines slice cheese.

‘The entire value chain will be simulated providing recommendations from a holistic perspective, including technical, economic, environmental and social factors,’ explained Dr Fernandez.

Current waste management practices, which include putting in a landfill as the worst option, have to be improved to meet EU targets. The idea behind MODEL2BIO is to overhaul the processing of agricultural products and use the normal waste products, waste streams, in another industry.

‘There are agri-food companies that treat and manage their residual streams as waste, without knowing that these may be raw materials for another industry close to their facilities.’ In addition to this, companies often manage their streams routinely, ignoring the possible value of their by-products.

When linear bends to become circular

After a year of information gathering, the second year will be dedicated to collecting information from other countries for comparison. ‘It’s all about selecting the wastes with the greatest potential,’ Dr Fernandez told us, ‘to make more profit for the agri-food companies and to reduce impact on the environment.’ said Dr Fernandez.

Projections for the MODEL2BIO system’s impact are optimistic: agri-food residues destined for landfills decreased by 10% and overall carbon footprint reduced by 20%. Plus, a third of the waste could end up as resources for other bio-industries.

‘We want to develop a tool that allows all members of the agri-food value chain to go from a linear economy that throws away its waste to a circular economy where it’s recycled,’ said Dr Fernandez.

Agri-food waste is a potential substitute for fossil-based resources such as compost and it has important added value if used as feedstock for bio-based industries. However, the mix of molecules and variety from batch to batch make it difficult to evaluate and use.

We want to develop a tool that allows all members of the agri-food value chain to go from a linear economy that throws away its waste to a circular economy where it’s recycled.

Again, the job in hand has all the hallmarks of a task ideal for big data processing and model simulation. Analysis of types of microbes in residual agri-food streams reveals their interference in beer fermentation, for example.

‘Even when we limited the number of crops to meat, vegetable, dairy and alcoholic beverages, there are so many variables as to make it impossible to make sustainable decisions on using their waste products without the help of digital intervention,’ Dr Fernandez concluded.

Globally, approximately a third of all food produced for human consumption is lost or wasted (FAO, 2011).

Wasting food is not only an ethical and economic issue but it also depletes the environment of limited natural resources. The EU is committed to meeting the Sustainable Development Goal Target 12.3 to halve per capita food waste at the retail and consumer level by 2030, and reduce food losses along the food production and supply chains. 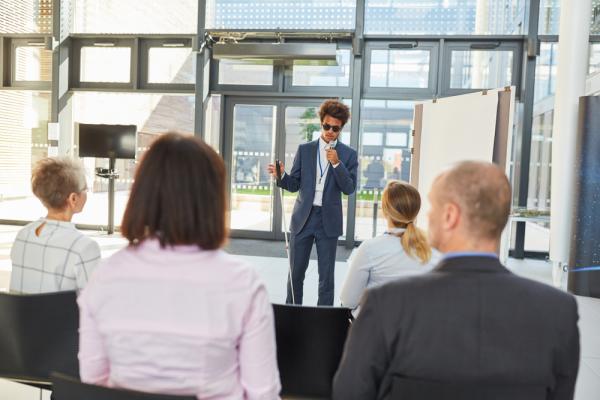 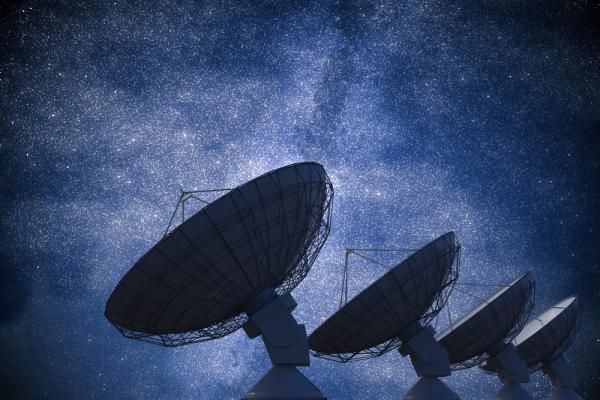 ‘Vision restoration is a dream we believe can come true’

For disabled persons, new assistive technology can make all the difference.
END_OF_DOCUMENT_TOKEN_TO_BE_REPLACED