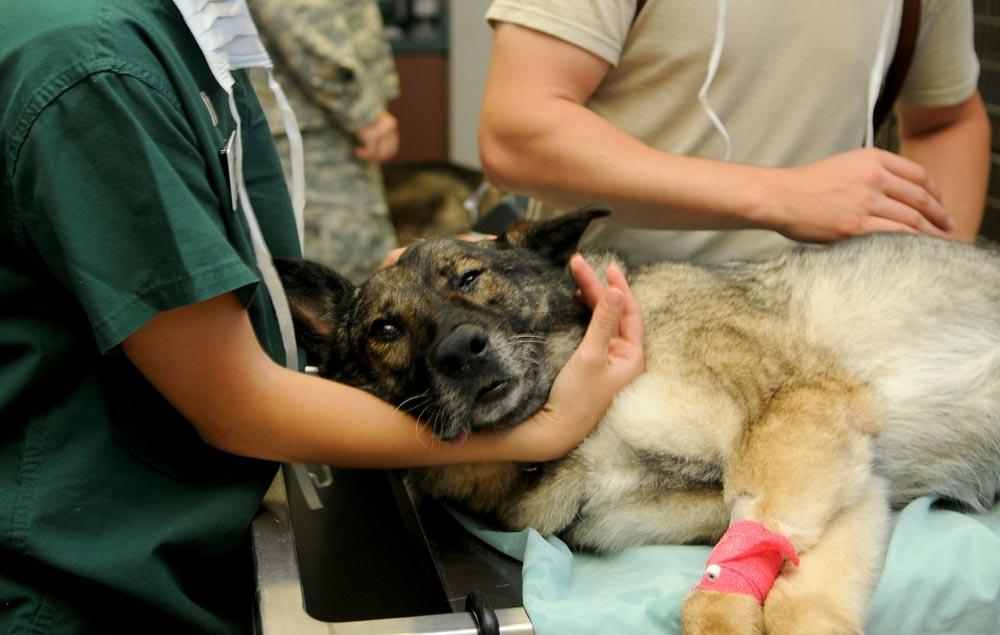 Researchers are testing the therapeutic vaccine on dogs with the hope that trials could progress to humans. Image Credit - Pixabay/No License

Fifteen Danish dogs with advanced cancer are to receive a new type of therapeutic vaccine which, it is hoped, will rid them of the disease and pave the way for human testing.

Unlike preventative vaccines, therapeutic vaccines are not used to prevent someone from getting a disease but rather to support an immune system that is already fighting an invader. This one should trick the dogs’ immune systems into thinking they are under attack by a virus and stimulate a response.

The work is part of international effort to harness the vigorous response that immune systems mount against viruses and redirect it to deal with other types of attack – by bacteria, parasites and some types of cancer.

The research is led by Professor Ali Salanti, translational microbiologist at the University of Copenhagen, Denmark and stems from work in a variety of projects including PLACMALVAC.

‘We will test the vaccine in pets coming in to the veterinarians with this disseminated cancer and ... with (the results) we will try to raise money for production and (trials) in humans,’ he said.

His team, and others around the world, were intrigued with the success of a new vaccine against cervical cancer and teamed up with Dr John Schiller from the US National Cancer Institute, who helped develop the vaccine, to explore why it worked.

Cervical cancer is caused by a virus and the vaccine consists of the shell of the virus – known as a capsid – emptied of its genetic material to make it harmless. The capsid is enough to trigger the immune system to build lifelong defences against the infection and therefore to cervical cancer.

Most cancers are not caused by viruses, but both carry markers on their surfaces, known as antigens, which trigger the immune system to make antibodies with which to fight them. However, the problem is that tumours also deploy a range of tactics to evade the immune system and often the body’s response is too weak to attack them effectively.

Prof. Salanti’s group has patented a way of making capsid-like particles from proteins, which can be used to carry molecules such as antigens into the body. To test whether this approach could help against cancer, Prof. Salanti and his team recreated markers found on breast cancer tumours in mice and joined them to the capsid-like particles. They then injected this compound into mice that had been genetically modified to have breast cancer. The mouse immune systems responded as if they were under viral attack, the tumours shrank and, in some cases, disappeared.

He hopes that this method of stimulating the immune system could have implications beyond treating cancer.

‘The idea is that if we could make any protein look like (a capsid-like particle) then we could life-long protect against any disease (where antibodies are important),’ said Prof. Salanti.

The next stage is to test it in dogs because their cancers carry the same identifying proteins on their surfaces as humans do, with the aim of moving towards human trials.

‘We will start with a cancer vaccine and then … develop the malaria vaccine.’

But for Prof. Salanti, proving the vaccine works in humans is a step towards another, seemingly unconnected goal: developing a vaccine against pregnancy-associated malaria.

When Prof. Salanti was a postgraduate researcher he discovered the reason why women, who have often developed a resistance to malaria when they were younger, become vulnerable in pregnancy – often losing their babies. Malaria during pregnancy is responsible for 15% of maternal deaths and if it doesn't kill the foetus it can reduce its birth weight.

During his PhD, Prof. Salanti found that the answer lay in the placenta – the temporary organ that forms between a mother and her growing foetus. Dotted along the mother’s side are little hooks, or receptors.  And scattered on the surface of malaria-infected red blood cells are proteins that are perfectly designed to grip tightly to these hooks, disrupting placental business.

Prof. Salanti reckoned that if he could vaccinate a woman with that protein found on the surface of the malaria-infected cells it might trigger her immune system to produce antibodies that would be ready to attack the parasite – and thus protect her placenta – when she became pregnant.

Some 15 years later, Prof. Salanti has developed just such a vaccine. It has proved safe in first-stage human trials in Germany and has just passed a second set of safety trials – as yet unpublished – in Benin, showing that it is safe in women of child-bearing age. However, Prof. Salanti believes that the vaccine in its current form is not optimal.

There has been growing evidence over the last decade that many vaccines against bacterial and parasitic infections confer only short-lived protection, meaning that repeat vaccinations are needed. This, he believes, is not a practical solution for cash-strapped African countries.

Instead, Prof. Salanti has been searching for a different way of delivering vaccines and he hopes that the capsid-based virus-like particle technology used in the dog trials may provide the answer.

‘We will start with a cancer vaccine and then … develop the malaria vaccine,’ he said.

Professor Robert Sauerwein, of Radboud University Nijmegen in the Netherlands, member of the WHO’s Malaria Vaccine Advisory Committee, said using such an approach for malaria is a possibility that’s worth exploring. ‘Virus-like particles may induce better responses, but that is very much product dependent,’ he said. ‘It’s worth a try case-by-case but there is no guarantee.’

In the meantime, Danish dogs may be a long way from Benin, but Prof Salanti is trying to direct his cancer research, too, towards low-cost solutions.

‘People forget that … in Africa it’s a death sentence to get most types of cancer. So our hope is we can make something more cost-effective that will also be available for these parts of the world.’