Fusing bacterial proteins to fluorescent molecules has revealed details about the mechanics of cell division, which could be exploited by a new generation of highly targeted drugs. Image from M. Pazos, M. Casanova, P. Palacios, W. Margolin, P. Natale, and M. Vicente. 2014. FtsZ placement in nucleoid-free bacteria. PLoS ONE 9(3): e91984. Courtesy of DIVINOCELL.

New imaging techniques are helping give researchers an edge over nature, allowing them to create revolutionary new antibiotics which bacteria will struggle to develop resistance against.

For decades, bacterial infections have been treated using naturally derived antibiotics. As a result, bacteria have been able to mutate and become resistant to them. Drug-resistant bacteria now kill 25 000 people each year across Europe and the United States, and the numbers are rising. Over the past four years, more than a third of EU countries have experienced a significant increase in drug-resistant E. coli and klebsiella, a bacteria which can cause pneumonia.

To make matters worse, there hasn’t been a new antibiotic since 2003, leaving the world unprepared to tackle an epidemic. That is partly because the obvious candidates for antibiotics have already been exploited by both nature and medicine.

However, new molecules being developed over the past four years by the EU-funded DIVINOCELL project represent a quantum leap in drug development. New technologies are allowing biologists to synthesise complex molecules and follow their interactions inside living organisms, giving them radical new ways to stop bacteria from multiplying. That is important because antibiotics work in the same way - by targeting bacteria as they multiply.

One imaging technique that is being pushed to new limits is to fuse bacterial proteins to fluorescent molecules that shine when they interact inside bacteria. This novel method has revealed details about the mechanics of cell division which DIVINOCELL partners believe could be exploited by a new generation of highly targeted antibiotics.

‘These are exciting results ... but the work to turn them into drugs is only just beginning.’

When bacteria divide, they produce a nanoscopic ring of proteins along their inside wall which contracts, curving the cell inwards and eventually splitting it into two identical parts. But for the offspring to be healthy, the protein ring, known as a divisome, must engage in a series of complex chemical reactions with DNA molecules, lipids and other components in the cell.

The partners of DIVINOCELL set out to understand these interactions in order to find ways of blocking them and sabotaging the cell division process. To do this they also used protein crystallography, which fires X-rays at proteins to see how they work.

The researchers focused on the germ Escherichia coli, which belongs to a class of particularly resilient bacteria protected by an elaborate double membrane. By feeding their data into computer simulations, scientists helped predict which chemical compounds would be likely to dock with the pathogen’s divisome.

‘What we found was that a delicate interplay between different proteins is crucial to the formation of the divisome,’ said DIVINOCELL’s coordinator Professor Miguel Vicente, from the CSIC National Biotechnology Centre in Madrid. ‘And some of the compounds that we studied had a measurable impact on this interplay.’ 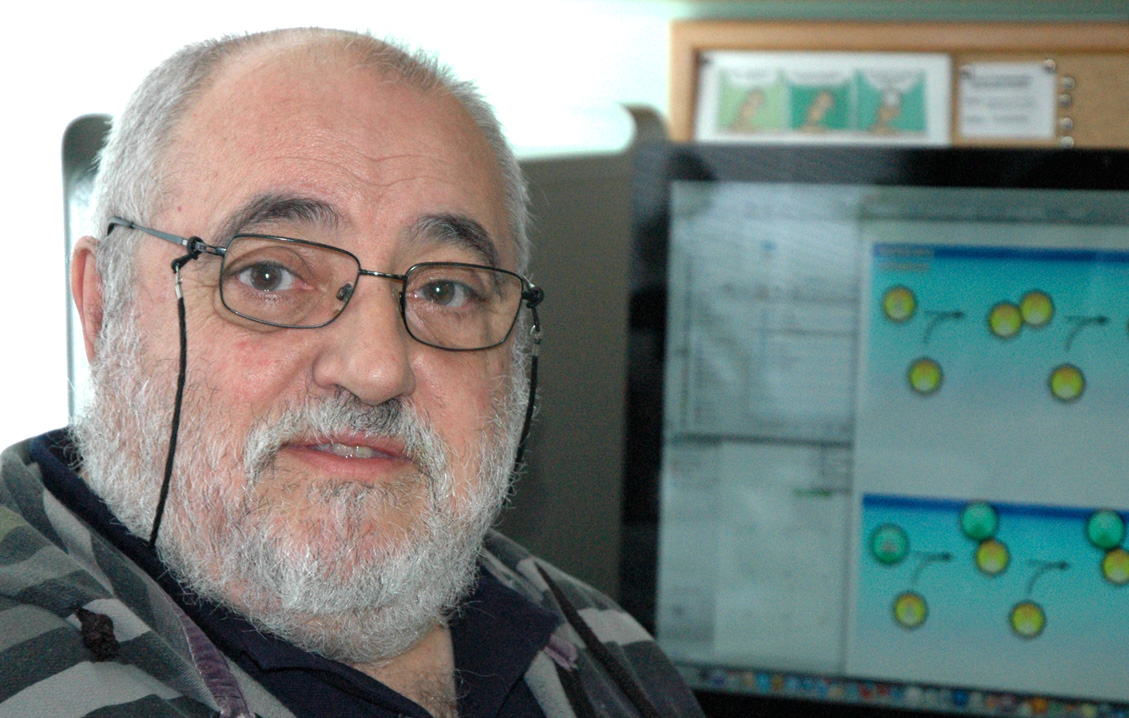 Now the DIVINOCELL researchers are optimising the compounds to enhance their effect, and to check that they do not harm human cells in the process.

To help researchers such as these as they go through these often costly early stages of drug development, the European Union and the European Federation of Pharmaceutical Industries and Associations (EFPIA) have set up the Innovative Medicines Initiative (IMI), which is Europe's largest public-private partnership.

Within the IMI, academic and other public partners, SME’s and pharmaceutical industry joined forces to spur the development of new antibiotics as part of an extensive research programme on antibiotic resistance called 'New Drugs for Bad Bugs’.

This successfully public-private cooperation will continue under IMI2, which will run from 2014 to 2024. As part of the ENABLE project within IMI’s New Drugs for Bad Bugs programme, some of the DIVINOCELL partners are already developing their compounds into candidates for clinical testing.

‘These are exciting results,’ said Dr Joen Luirink, from the VU University Amsterdam, one of the project partners, ‘but the work to turn them into drugs is only just beginning.’

Winners of the 32nd edition of the European Contest for Young Scientists explain how reimagining machines can change our future.
END_OF_DOCUMENT_TOKEN_TO_BE_REPLACED