Can we make cow burps climate-friendly?

When cows burp, they release bursts of gas that are full of methane, a greenhouse gas that traps heat from the sun more than 20 times as efficiently as carbon dioxide. Now scientists are working out how to reduce the environmental footprint of these belching bovines.
By  Steve Gillman
Cow burps are full of the greenhouse gas methane. Credit: Shutterstock/ Gregory Gerber

It's a major issue because cattle farming is on the rise due to an increasing global population and the emergence of middle class societies in Asia and Africa.

‘People think of carbon dioxide as the main greenhouse gas, but methane is pretty important too,’ said Professor John Wallace from the University of Aberdeen, UK. ‘From all the greenhouse gas emissions produced by man, 16 % of this is methane while around a third of that comes from ruminant livestock.’

Ruminants are animals, such as cows, which have multi-chamber stomachs that rely on bacteria to break down plant-based food. In this digestive process, a fully grown cow can release up to 500 litres of methane into the atmosphere each day.

Although not all cows produce methane at the same rate, the 1.4 billion cows on the planet means the gassy emissions soon add up. In fact when the entire supply chain is taken into consideration, livestock accounts for 14.5 % of total greenhouse gas emissions. 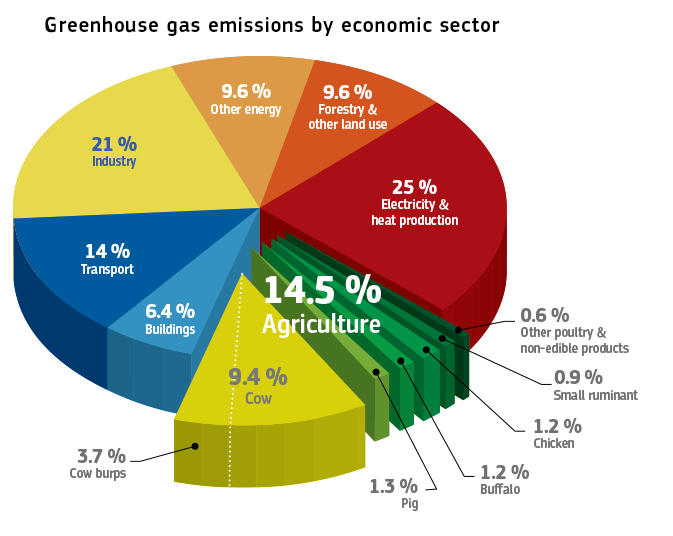 A fully grown cow can release up to 500 litres of methane per day, and with 1.4 billion cows on the planet, this accounts for approximately 3.7 % of all greenhouse gas emissions. Data from the Intergovernmental Panel on Climate Change and Food and Agriculture Organization of the United Nations

Prof. Wallace coordinates RuminOmics, an EU-funded project which is aiming to decrease the environmental footprint of ruminant animal production by understanding why different cows produce the amount of methane they do.

The researchers are looking at how the cows’ gastrointestinal microbial ecosystems – known as gut microbiomes – are controlled by the host animal and its diet, and how this impacts on greenhouse gas emissions.

‘When certain bacteria are present in the rumen, the cattle produce less methane,’ said Prof. Wallace. ‘We want to enrich this bacteria so we are looking for the precise genetic profile of animals that have it in high numbers.’

If lower methane production is a genetic trait, then it would be possible to selectively breed climate-friendly cows.

‘One of the aims of RuminOmics is to identify animals and compare their genetics to figure out what are the traits that lead to this lower production. Animal breeders will then be able to select those traits and provide animals that have a lower environmental impact,’ said Prof. Wallace.

‘From all the greenhouse gas emissions produced by man, 16 % of this is methane while around a third of that comes from ruminant livestock.’

Changing what they eat can also lead to climate-friendly cattle. A diet rich in maize, barley or even garlic can reduce methane levels in cows, while dietary supplements have been shown to have a substantial impact too.

‘We are investigating calcium nitrate in the diet,’ said Prof Wallace. ‘The mechanism for methane formation involves hydrogen; the first stage is that bacteria produce hydrogen which is turned into methane. The (calcium) nitrate can intercept some of that hydrogen, meaning less methane is formed.’

Another way of reducing emissions from livestock is to offset them by chosing pasture crops that absorb greenhouse gases and lock them into the soil.

One way to do this is to plant more legumes, such as clovers, in the soil, according to the EU-funded ANIMALCHANGE project, which has been analysing farm activities to find out how to reduce emissions from livestock including cattle, pigs and poultry, and how to adapt the sector to climate change.

‘When you have soils that have been degraded, you can build up the organic matter contained through growing diverse species of legumes which enhances the soil carbon content,’ said the project cordinator, Dr Jean-François Soussana from the French National Institute for Agricultural Research (INRA) in Paris, France.

‘In this way, you will significantly offset methane emissions from cattle.'

If everybody in the EU became a 'demitarian' by halving the amount of meat and dairy they eat, it would reduce nitrogen and greenhouse gases from agriculture by between 25 % and 40 %. These are among the findings of the Nitrogen on the Table report prepared for the United Nations Economic Commission for Europe, which published its key messages last year. The full report is now complete, and will be launched in Brussels in November 2015.

It says that on average, people in the EU eat around 70 % more protein than is required under World Health Organization (WHO) recommendations, and that halving meat and dairy consumption would not only reduce emissions but also make us healthier by limiting our intake of saturated fats.

Co-author Professor Mark Sutton, who coordinates the EU-funded ECLAIRE project looking at the effect of climate change on air pollution, said there is huge power for pollution control in simply reducing our meat and dairy consumption. 'Adopting a demitarian diet across Europe would reduce nitrogen pollution levels by about 40 %, and complement the low-emission farming practices currently being discussed in revising the National Emissions Ceilings Directive,' he said.

Health
In fight against male cancer, caring for mental health is a growing priority
Prostate cancer is the second most common cancer in men and its diagnosis - and treatment - can take a toll on emotional and mental health. 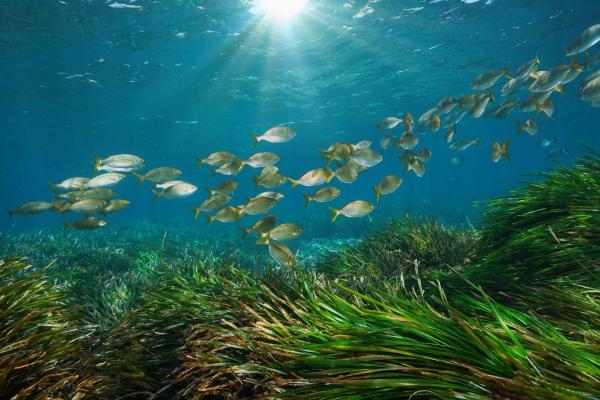 Environment
From mussels to meadows, the sea offers big lessons for all life 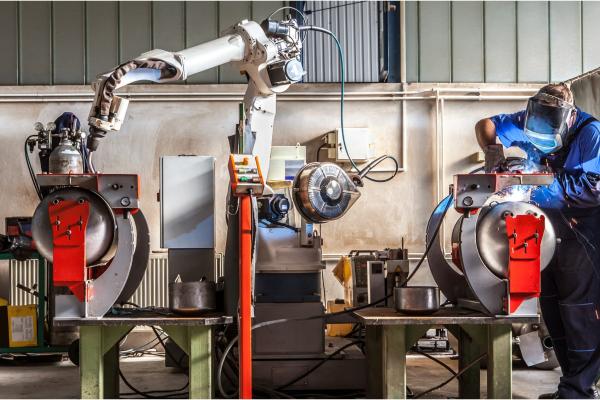