Between the data and the deep blue sea 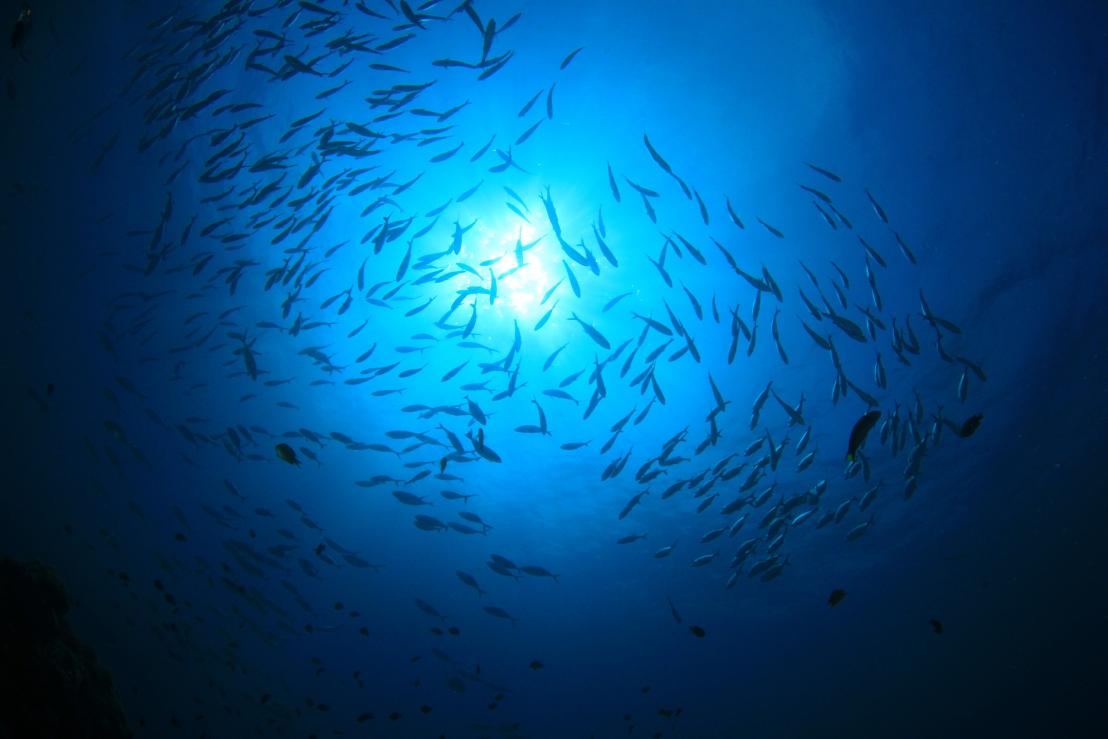 Human activity is degrading the vital ecosystems that allow our oceans to function. © Rich Carey, Shutterstock

With around 70% of the planet's surface covered by ocean, the EU Mission to restore our ocean and waters focuses on positive actions to restore marine ecosystems, eliminate pollution, and make our blue economy carbon neutral and circular. To mark World Ocean Day on 8 June, Horizon Magazine takes a dive into two collaborative projects working to deliver on the first of these ambitious goals.

Beneath the ocean’s silky waters, ecosystems as we know them are disappearing. From overfishing and deep-sea mining to climate change, human activity is degrading the vital ecosystems that allow our oceans to function. On World Ocean Day, the United Nations is calling for collaborative action to protect the world’s oceans and ultimately our planet.

Around the world, countries, communities and researchers are already working to undo the damage human activity has wreaked upon our seas and oceans. But, first, they need to come to grips with the extent of the problem.

This is what Mission Atlantic sets out to do. The project is mapping, modelling and assessing Atlantic Ocean ecosystems and identifying the major threats to them, together with 34 partners in multiple countries and around 150 principal investigators.

Patrizio Mariani is the project coordinator at Mission Atlantic and an ocean technology specialist at the Technical University of Denmark. ‘The diversity we have in the Atlantic is just humongous,’ he said, ‘And the unknowns that we have are also very, very big.’

The Atlantic Ocean covers about a fifth of the Earth’s surface, brushing against four continents with millions of people who directly rely on it for their livelihood.

‘There has been a lot of talk about holistic or systematic approaches to marine ecosystems, and having all the pieces that impact an ecosystem considered together,’ said Mariani. But there are few examples of such approaches being implemented. Mission Atlantic aims to ‘Put things together and understand the feedbacks and the complexity of the system.’

Scientists, managers and stakeholders come from Brazil, South Africa, North America and the European Union. The project brings them together to map out the pressures of human activity and their consequences on the Atlantic ecosystem.

The diversity we have in the Atlantic is just humongous,’ he said, ‘And the unknowns that we have are also very, very big.

The research applies a framework called Integrated Ecosystem Assessments (IEA) to seven different sites in the Atlantic. First adopted by the US’ National Oceanic and Atmospheric Administration (NOAA), IEAs are an approach to ecosystem based management of marine environments. Scientists are conducting IEAs in the Atlantic to identify different human behaviours and link these activities to their consequences for ecosystems. IEAs are designed to answer certain questions, according to Mariani, such as "What are the pressures we generate in a region and what are the ecosystem components that are affected?"

For some of the sites, such as the Norwegian Sea in the north or the Benguela Current just off the coast of South Africa, it is relatively easy to connect human activities to a particular nation or group of countries. But two of the project’s case studies are in the open ocean, which creates interesting opportunities for advancing science but also challenges, said Mariani.

‘(In the open ocean), we’re dealing mostly with international waters. There is not always a good mapping of human activities and there are not always clear regulations. But they are very important areas because typically they are hotspots of biodiversity and they are really exposed to the ocean conditions,’ he said.

Scientists need to understand how the ocean conditions change with time. To create a comprehensive picture, the project uses numerical models to generate this data, running from 1980 through to 2030. But there are many gaps, so the team is collecting ocean data to validate their models.

‘We are now introducing data, analysing the time series, and mapping many of the ecosystem components at the scale of the entire Atlantic Ocean,’ he said. Using the latest technology, scientists are surveying biodiversity hotspots, sending autonomous wave gliders (a type of ocean robot) out into the deep reaches of the Atlantic to gather data, and even listening to the whispers of the ocean with acoustic surveys at different frequencies.

While the scientists are eager to investigate the mysteries of the Atlantic, the ultimate goal of Mission Atlantic is to support countries, industries and people to treat the ocean in a sustainable way. At project’s end in 2025, the team plans to offer policymakers a summary of their findings as well as tools to help them make decisions.

These tools will help countries decide "If I (make) this area a protected area, what will happen to the (fish), or if I start exploiting this region for energy, what will happen to dependent communities", said Mariani. Preliminary findings of Mission Atlantic are already supporting authorities in Brazil in deciding where to locate their marine reserves.

Once researchers have assessed the environmental damage underwater, the next step is to restore degraded ecosystems and halt their decline.

Under the waters of the Mediterranean Sea, for example, a brown forest canopy sustains a world of biodiversity. Made of brown seaweed called Cystoseira, these forests provide food and nutrients to plants and animals, absorb carbon and create safe nurseries for juvenile sea species. The danger is real, because human activities have destroyed more than 80% of the Mediterranean’s normally productive macroalgal forests. It is almost impossible for these forests to rejuvenate when their populations become locally extinct.

‘The degree of damage to marine ecosystems is expanding and is now reaching huge dimensions,’ said Professor Roberto Danovaro, an ecologist at Polytechnic University of Marche in Italy.

AFRIMED looks to identify areas for algal forest restoration, trial technologies to restore these locations, and ultimately develop a step-by-step guide on how to rebuild these valuable ecosystems.

Restoration is not only a scientific or ecological process. Successful restoration needs first to stop the anthropogenic pressure.

‘The basic work starts from understanding how much of these habitats have been lost, when and why,’ said Danovaro, who is project coordinator. ‘Second, you need to understand if there has been a species shift. For example, there may be macroalgae there, but they are not the same. A third issue is, how to practically do restoration.’

Restoration is tricky – simply transplanting algae can denude other vulnerable habitats and not all of the algae (there are dozens of species of Cystoseira) may survive living in another location. ‘Finding a good place for restoration is (also) essential,’ he said. ‘If you find a place that is still under pressure, the restoration may fail.’

In some places, researchers have been able to grow new algal recruits on rocks and other surfaces which they can then move to the bare habitat. In other cases, AFRIMED members have grown the algae in the laboratory and transplanted it to its new home.

It goes beyond working between disciplines, though. Nations, their industries and citizens will have to work together to preserve their shared resources – and the Mediterranean itself.

‘Restoration is not only a scientific or ecological process,’ Bianchelli said. ‘It involves socioeconomic components. So (while) scientific teams work on ecological restoration, they need to also involve a lot of stakeholders. Successful restoration needs first to stop the anthropogenic pressure.’

Robot lawnmowers converted into hedge trimmers and websites that help you design your flower beds are seeding the future of home gardening.
END_OF_DOCUMENT_TOKEN_TO_BE_REPLACED