‘The aim is to find the monoclonal’: the hunt for the antibody to treat Covid-19 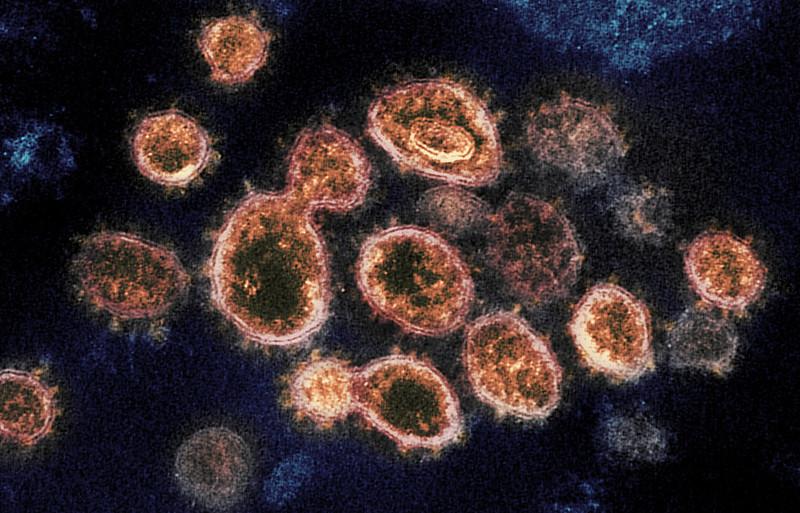 If researchers could find the most effective antibody against coronavirus, it could act as both a cure and temporary vaccine. Image credit - NIH Image Gallery, Public Domain Mark 1.0

Transfusing antibodies from Covid-19 survivors into seriously ill patients could provide a quick treatment win, but a more selective approach may both treat and prevent the disease. A single, highly-effective antibody that is mass-produced like a drug could combine the benefits of antivirals and a vaccine for at-risk individuals such as health workers.

Antibodies are the sentinels in our blood. Quietly waiting for their target, these proteins are created to recognise harmful invaders and latch onto them with a deathly grip.

When faced with a new disease like Covid-19, however, we are all vulnerable. We have no antibodies ready to identify the new coronavirus.

The human immune system is nothing if not adaptable, and in most cases, it can clear the infection without medical intervention. But scientists hope that we could give it a helping hand by providing sick people with antibodies that are prepped and armed against the virus.

These could come from another person, someone who has recovered from Covid-19. The antibodies can be passed on through the transfusion of blood plasma, the yellow liquid left behind when all of the cells in the blood are removed.

‘It seems great: it’s quick, it's easy, it's simple,’ said Dr Luca Varani from the Institute for Research in Biomedicine, Università della Svizzera italiana in Switzerland. ‘But it's not the most convenient treatment long term.’

Dr Varani is part of an international consortium known as ATAC that is testing different ways of using antibodies, including blood plasma therapy.

They have already tested transfusions in patients, with encouraging early results that they expect to release soon. While this approach can give fast results and save lives, it is unlikely to be the magic bullet that we need.

A plasma donation can only treat a single patient and donors are limited in how often they can supply plasma. This also creates a problem as each person’s plasma is different. Each batch needs to be tested to ensure that it is effective.

‘There is quite a difference between patients in terms of how many antibodies they have … You can go from almost nothing to quite impressive immune responses,’ said Dr Rino Rappuoli from Toscana Life Sciences in Italy.

As part of ATAC, Dr Varani is taking an alternative approach that could provide a large-scale, reliable treatment. The aim is to find a single antibody that works well against the virus and mass produce it. These lab-produced or ‘monoclonal’ antibodies have already had great success in treating diseases such as cancer or arthritis.

Dr Rappuoli, an internationally recognised vaccinologist, also has high hopes for this technique.

‘I believe human monoclonal antibodies are the best way to develop quickly a drug that is going to cure the infection,’ he said. He has pioneered several advances in vaccine development and is now applying his expertise to antibody research. He leads the vAMRes project, which initially aimed to develop monoclonal antibodies against antibiotic-resistant bacteria but is now focussing on coronavirus.

Most of the machinery and set-up in the laboratory will also work for the virus, so his team was able to get started quickly. They collect blood from people who have recovered from Covid-19 and isolate the immune cells responsible for producing antibodies. These are used to make more antibodies in the lab, which are added to samples of the Sars-CoV-2 coronavirus to see which is the best at preventing the virus replicating.

‘There is quite a difference between patients in terms of how many antibodies they have… You can go from almost nothing to quite impressive immune responses.’

‘We don't know yet the quality of the antibodies that come from the patients. We are at the stage where we have several hundreds of positives, and we are starting the screening. So we may already have the antibody, but we don't know yet,’ said Dr Rappuoli.

Their screening has already identified 17 potential monoclonal antibodies that could be studied further to develop as treatments. The team published their results on 9 May on bioRxiv, a website for quickly sharing new research before it has been reviewed by other experts in the field.

Both Dr Varani and Dr Rappuoli are understandably hesitant to give a timeline for when a monoclonal antibody could be ready for patients. There are still too many unknowns at this early stage, but they are both convinced that it will be quicker to put into practice than a vaccine.

Monoclonal antibodies provide what is known as ‘passive immunisation’. The immune system does not produce antibodies, as it would following a vaccine, but the injected antibodies can still provide protection.

‘You can give it prophylactically to at-risk individuals, so let's say, for instance, all the medical doctors or nurses in a hospital – you give them antibodies before, so they don't get sick,’ said Dr Varani.

‘You can give an antibody even when vaccines don't work. A vaccine aims to generate antibodies, and people with compromised immune systems do not generate very good antibodies or generate them at all.’

It often takes a couple of weeks to develop immunity following a vaccine, and booster injections may be needed. By comparison, a shot of antibodies would be effective in protecting against the virus within minutes, says Dr Rappuoli.

The monoclonal antibodies can be engineered to last longer in the human body, providing longer protection, he adds. ‘In some experimental studies for HIV antibodies, people have seen over six months’ protection,’ he said. ‘So, there is room for vaccines and antibodies, and they can be complementary.’

The search for effective antibodies could even help to speed up vaccine design by identifying the weak points in the virus.

Dr Varani compares stopping the virus to stopping a car: ‘If you make an antibody against the roof, it's not going to stop the car, no matter how tightly it binds. If you make an antibody against the wheels, then you will stop the car. What we would like to find out is: what are the wheels of the virus? This is useful to search for new antibodies in a more rational way and design them to target the wheels more effectively,’ he said.

Dr Varani’s role in ATAC builds on his expertise in studying the structures of large proteins such as antibodies. To explore antibody approaches, he says they use both experiments and computational simulations to find out where an antibody binds to the virus.

He says they are one of the few research groups in the world with an experimentally-validated computational approach to antibody design.

Currently, the monoclonal antibodies available for cancer or arthritis typically cost thousands of euros, which would not be affordable on the scale that would be needed against the coronavirus.

This is because you could give patients a smaller dose of the antibody while providing the same level of treatment. He hopes that finding an antibody that is 1000-fold more effective at stopping the virus means 1000 times less of it will be required. It’s a big challenge, but he is aiming high.

‘We are not there yet. I'm pretty aware of that. But the aim of my project is not to find one monoclonal – it's to find the monoclonal. That is going to be very, very important.’

Winners of the 32nd edition of the European Contest for Young Scientists explain how reimagining machines can change our future.
END_OF_DOCUMENT_TOKEN_TO_BE_REPLACED