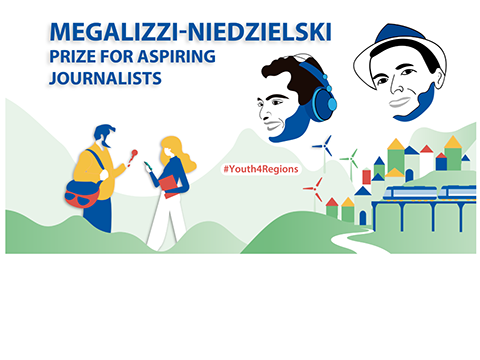 The European Commission has announced the winners of the 2020 Megalizzi – Niedzielski prize for aspiring journalists: Anastasia Lopez from Austria and Francisco Sezinando from Portugal. Anastasia and Francisco received the prize for their dedication to quality journalism and attachment to EU values.

The Megalizzi-Niedzielski prize for aspiring journalists was launched in 2019 and honours the memory of Antonio Megalizzi and Bartek Pedro Orent-Niedzielski, young European journalists with a strong attachment to the EU and its values, who passed away after a terrorist attack in Strasbourg in late 2018.

The Commission has also launched a new call for proposals supporting information measures relating to EU Cohesion policy, with an overall budget of €5 million.

Commissioner for Cohesion and Reforms, Elisa Ferreira, commented: “Europe needs committed young journalists and students like Anastasia and Francisco. Our union depends on their determination for good quality journalism and fighting for European values. The Commission pays special attention to the media and we want to help the sector as much as possible in these unprecedented times.”

The deadline for application is 12 January 2021. Examples of communication actions of previous beneficiaries can be found on this interactive map.