Gibraltar’s location offers significant potential to use renewable energies to meet its growing energy needs and reduce its carbon footprint. The ECOWAVE pilot project developed wave energy devices that successfully generate electricity and connect simply to the grid. A 5 MW onshore wave power station is now planned that will provide the UK territory with 15 % of its electricity. 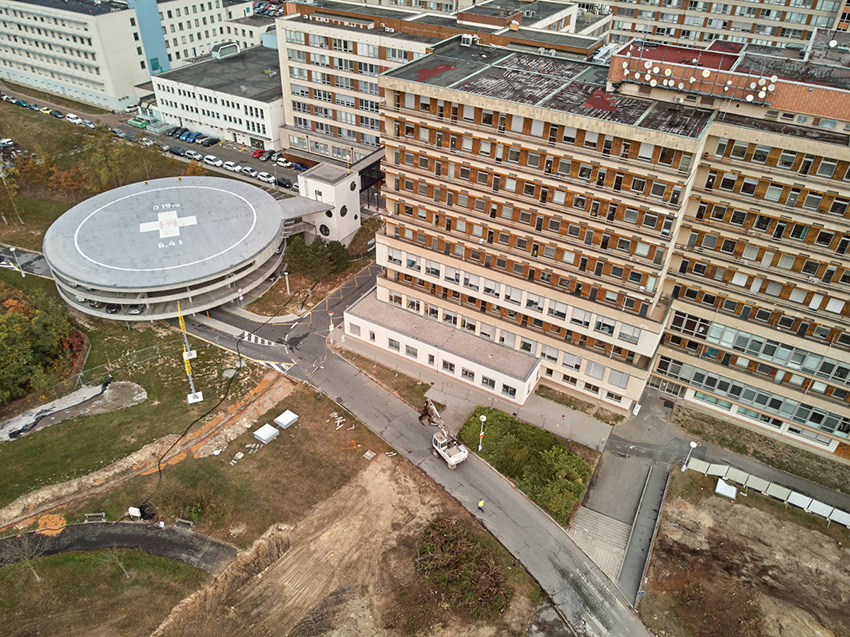 " The ECOWAVE pilot project in Gibraltar is an important milestone for the wave energy industry. It proved that wave energy does not have to be expensive and has already accrued 15 000 grid connection hours, exceeding the previous world record. "

The ECOWAVE plant is installed at a former World War II ammunition jetty on the Rock of Gibraltar. Uniquely shaped floaters are attached by robust arms to the jetty. As the floaters rise and fall with the motion of the waves, the energy is transmitted to an onshore power station which converts it into fluid pressure. This spins a generator which produces electricity.

ECOWAVE successfully overcame several barriers to commercialisation in the wave energy industry. The pilot project demonstrated that a wave energy power plant can be constructed for a relatively low cost due to its technology and onshore location. Furthermore, the plant successfully connected to the grid without fluctuations or grid damage – the first time that renewable energy producers had connected to the grid in Gibraltar.

Reliability of the equipment is also important for insurance companies to be willing to insure such stations, making it easier for the industry to attract funding. Many previous wave energy systems have been located far out to sea, making them vulnerable to damage in extreme weather conditions as the electrical and hydraulic equipment is housed inside the floaters. In contrast, most of the ECOWAVE power plant is located on land, making it easier to access and maintain. The system can also respond to real time data from the floaters, raising or submerging them to protect them from damage in upcoming storms.

The previously closed jetty in Gibraltar has been regenerated and opened up to visitors as a result of the project. As it is installed on an existing unused breakwater, the wave energy power station does not pose a navigation hazard to ships. It is also less visible from the shoreline and away from prime beachfront real estate. The floaters are mostly covered by water and designed and painted to blend into the seascape as much as possible. There is no noise pollution.

ECOWAVE also demonstrated that wave energy is an efficient solution for locations that are too small for solar panels. The wave energy generated by the project requires smaller power stations and half the surface area compared to solar. A further benefit is reduction of shoreline erosion by absorbing wave energy.

Local environmental organisations have been supportive of the project. The system causes minimal disruption to marine life because it floats on the surface and is not connected to the sea floor. In addition, ECOWAVE uses biodegradable hydraulic fluid and is pollution free.

ECOWAVE contributed new knowledge to the commercialisation of wave energy worldwide. The team was able to compare energy production in different sea conditions, testing theoretical predictions and sharing their findings with others in the sector. The company has since registered 13 new patents.

The project created a full-time job in the Gibraltar plant, as well as additional work for local industries in engineering, construction, security, insurance and media.

Total investment for the project “ECOWAVE” is EUR 224 497, with the EU’s European Regional Development Fund contributing EUR 67 349 through the “Gibraltar” Operational Programme for the 2014-2020 programming period. The investment falls under the priority “Renewable Energy micro-generation”.

Gibraltar View programmes for this region