A total of 45 new low-floor, high-capacity trams have been added to Bratislava's public transport fleet. This will benefit local residents, visitors and particularly commuters, of which a very high number use public transport in the Slovak capital on a daily basis. 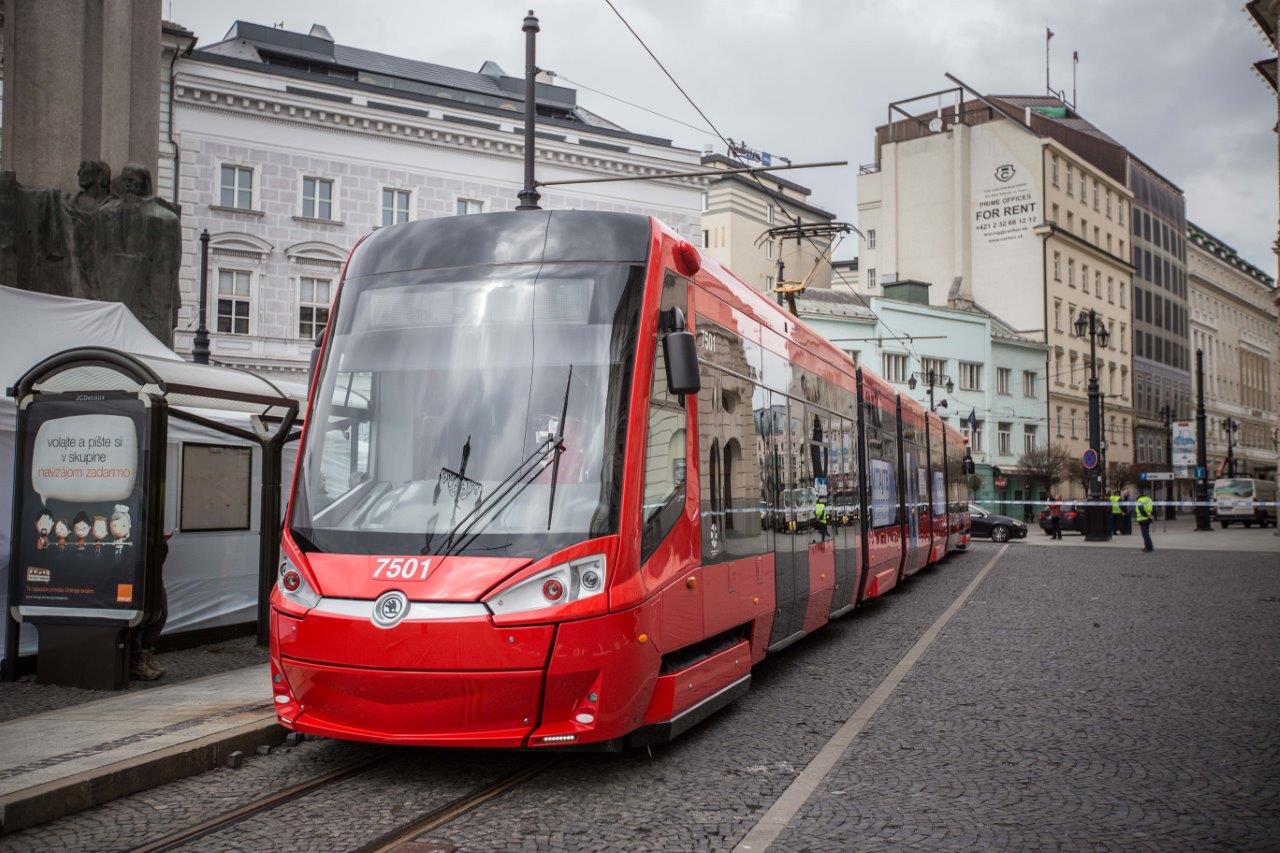 Renewal of Trams in Bratislava: one of the project’s trams in operation. ©MDVRR SR, SITA

" In the history of public transport of the capital city, there was never such a substantive fleet renewal. We are grateful to the Ministry of Transport and the Managing Authority for the Transport Operational Programme who, with the active participation of the Bratislava municipality, facilitated the use of EU funds for the purchase of new vehicles, because Bratislava could not afford such projects without the support of EU funds. "

Many of the people who work in Bratislava do not actually live in the city, with the result that, on every working day, large numbers of commuters travel into Slovakia's capital. It is estimated that they number approximately 200 000, which means that the total number of people in Bratislava on weekdays may be somewhere in the region of 650 000. The majority of these commuters are thought to make use of the city's public transport network.

Against this background, the Bratislava Transport Company (DPB) sought to make upgrades to the network, and particularly Bratislava's trams, with the launch of its tram fleet renewal project. This was aimed at bringing benefits to local residents, commuters and other visitors to the Slovak capital.

The main element of the project was the modernisation of the public transport system's rolling stock through the addition of 45 new low-floor trams to Bratislava's fleet, of which 30 can be driven in either direction and 15 are mono-directional. These trams have a high capacity, with each one able to accommodate 69 seated passengers and 241 passengers in total. The low floors in the new trams make boarding and alighting much easier for people with disabilities, while also reducing boarding and alighting times and eliminating the risk of falling.

The new trams are being deployed across the entire network in order to ensure that they are available to as wide a section of the public as possible. A single tram is thought to transport around 45 000 passengers every month. In this way, the project contributes to increasing the mobility of the local population, thereby having a positive impact on Bratislava and the surrounding areas both in social and economic terms.

The main benefits from the project are related to the increases in quality, reliability, safety and overall comfort of the services provided, with punctuality in relation to timetables reaching 89 %.

With these improvements, the project has contributed to increasing demand for public transport, as well as modal shift through reallocation of transport capacity from buses to trams. Both DPB and the municipal authorities of Bratislava have a preference for more ecologically friendly methods of transport and are of the view that trams and trolleybuses should be considered as fundamental pillars of Bratislava's public transportation system in the future.

Total investment for the project “Renewal of Trams in Bratislava” is EUR 115 350 000, with the EU’s Cohesion Fund contributing EUR 93 145 125 through the “Transport” Operational Programme for the 2007-2013 programming period.