By focusing on algae and plants native to the island of Madeira, AlgaeRef’s biorefinery research has developed innovative and green technologies of international acclaim, while  reviving the local economy. 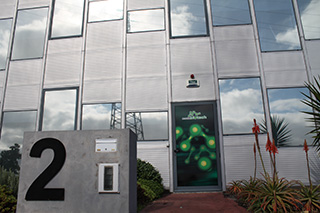 " AlgaeRef has proven that it is possible to overcome the limitations of insularity through the use of technology-intensive products. "

The ERDF-funded MadeBiotech S.A.’s AlgaeRef research project has identified valuable substances that can be extracted from algae and other plants. As well as identifying and valorising these naturally occurring substances, the project also explored extraction processes using cutting-edge “Supercritical Fluid” (SCF) technology - an environmentally sustainable process that allows biological compounds to be extracted without contamination or thermal degradation.

This groundbreaking work has increased the visibility of the project, drawing additional researchers into the post-project period and attracting international customers. And as a result of its success, MadeBiotech has become internationally recognised for its expertise in SCF technology, and has since worked with companies from Europe, the Middle East, Australia and the United States.

The AlgaeRef project has had a cascade effect on Madeira’s economy. Commercial interest in the compounds extracted from endemic plants has led to an increased demand for the raw products, and many local farmers – often involved in more labour-intensive and less profitable agricultural activities – have planted abandoned and underused land with endemic plants to supply factories needing the extracts. This has increased the income and stability of these farmers.

In addition, the project’s success has acted as a catalyst for several local companies to start working with MadeBiotech in order to research and innovate in their particular fields, for example in the food and cosmetics industries. In a region where transportation costs make exportation difficult, the development of high-added-value products and of knowledge-intensive skills have created economic alternatives that could mitigate unemployment and emigration rates.

Following the publication of the project’s findings, MadeBiotech was invited to participate in collaborative consortiums for several Horizon 2020 calls and has developed partnerships with several major European companies and universities, including Imperial College London (UK), DTU (Denmark), Delft University of Technology (The Netherlands), Unilever (UK) and Croda (UK). There are also plans for MadeBiotech to start receiving master’s students from some of the top European universities, which emphasises the international recognition for the technologies developed by the project.

Total investment for the AlgaeRef project is EUR 1 863 109, of which the EU’s European Regional Development Fund is contributing EUR 1 217 700 from the Operational Progamme “Madeira” for the 2007 to 2013 programming period.