Ancient theatre of Aptera in Crete restored to its former glory

Located on the island of Crete, the ancient theatre of Aptera is one of the most important historical monuments of its kind in Greece. It has been restored, preserved and reopened to the public after nearly two millennia thanks to an EU-funded project. 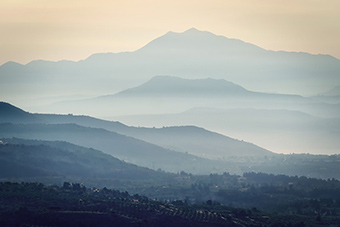 " The ancient theatre of Aptera is a monument that can still be used today for the same purposes as in the past. The exceptional geographical location of the theatre, the harmony of its forms and inimitable acoustics reflect the values, ideals and knowledge of the civilisation that gave birth to democracy. The key objectives of our project were firstly to restore the authenticity of the complex and secondly to revive this open meeting place. "

Restoration of the theatre’s auditorium, performance space and scenery building was carried out in line with the highest scientific standards using original and sophisticated methods. Side entrances and passageways to the east and west and a stone-paved road were excavated, while sections of the walls of the passageways and other parts of the ancient structure were moved back to their original positions.

In addition, new facilities were built with similar natural stone to that used for the rest of the site in order to maintain architectural congruity.

A monument of the ancient world

Founded in the 8th century BC, the city of Aptera was abandoned around the 7th century AD and is now an important archaeological site. The remains of the theatre, which had been a centre of life in the city, were severely damaged in the early 20th century by a fire from a kiln built in the middle of the seating area.

Following excavation of the entire structure, it was possible to establish an accurate view of the theatre’s original layout and restore it accordingly. The work was systematically documented and performed by an experienced team of professionals from many different disciplines, including archaeology, architecture, conservation, engineering and digitisation. The results of research programmes undertaken by leading Greek scientific institutions were also incorporated into the project.

All materials used are harmless and fully compatible with the originals. Some, such as titanium, were chosen after having been used successfully in restoration work on the Acropolis. To achieve the desired results, the equipment selected for the task was a combination of modern implements like cranes, railings, scaffolding and electric pantographs, and ancient building and sculpting tools like handmade wooden levers and wedges.

The theatre reopened in December 2015 and stages performances of tragedies and comedies, as well as other musical and cultural events. Guided tours, digital educational programmes for students of all ages and seminars for teachers led by archaeologists convey a deeper understanding of its historical significance and the need to preserve cultural heritage. Two local schools have ‘adopted’ the theatre in order to help protect, enhance and promote it, including by raising funds.

A full visitor itinerary was created, complete with rest areas and signage, while a leaflet in Greek and English and a digital application in Greek, English and French provide comprehensive information about the theatre. A bilingual documentary film with subtitles in Greek and English was also produced. Installation of digital technology has transformed visits to the site into a modern atmospheric and sensory experience.

Opening hours were communicated to tourist bodies and local, regional and international media, and the leaflet was distributed to tour operators and hotels to encourage people to visit. These efforts have borne fruit, with visitor numbers going from 15 212 in 2015 to 38 666 in 2017. Further increases are expected in 2018, which should help ensure the financial sustainability of the theatre, boost tourism and lead to wider economic growth.

Total investment for the project “Restoration of the ancient theatre of Aptera” is EUR 2 439 999, with the EU’s European Regional Development Fund contributing EUR 2 439 999 through the “Crete and the Aegean Islands” Operational Programme for the 2007-2013 programming period.

Kriti View programmes for this region

Ephorate of Antiquities of Chania