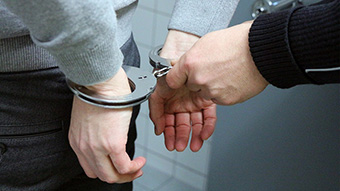 " EMROD provides an important contribution to the security of the citizens of the Meuse-Rhine Euregio. For the first time, an extensive survey throughout the cross-border region has been carried out about the feeling of security of the inhabitants. "

The Meuse-Rhine region of Belgium, the Netherlands, and Germany is well-known for its interconnectedness. The region’s substantial road and rail network keeps the borders open and the region’s 4 million citizens connected. While this may be good for business and travel, it also benefits criminal organisations.

Unfortunately, criminal activity doesn’t stop for a border. In fact, criminal organisations operating in the region, particularly those dealing in illegal drugs, take advantage of the region’s openness. For example, a Netherlands-based criminal organisation will conduct illegal business in Belgium before fleeing to Germany to hide out. Such cross-border criminality has created a sense of insecurity among the region’s populace – a feeling the EMROD project aimed to allay.

A better understanding of the problem

As the region’s first transnational crime monitoring centre, EMROD is about pooling and sharing resources. It brought together police, justice, crime prevention institutions, and administrative authorities from all three countries. Project researchers conducted a number of thematic studies aimed at providing the partners with a better understanding of cross-border crime. In particular, the project focused on drug production and sales, burglaries, human trafficking, and metal theft.

One issue EMROD addressed was the cannabis trade. When the Netherlands announced a new policy prohibiting the use of cannabis by non-Dutch citizens in the country’s coffeehouses, German and Belgian authorities became concerned about this would affect illegal cannabis use in their own countries.

To address these cross-border concerns, EMROD conducted a thematic study to better anticipate how the drug trade would react to this policy change. From this study, a shared policy was developed that included operational plans for all levels of the security chain. Based on this, bi- or trinational controls were organised and resources shared to have maximum impact on the field. Furthermore, new trends have been systematically monitored and exchanged so all regions can react appropriately, with understanding of the full picture.

The outcome of these studies was 53 presentations, 51 meetings, and 54 working sessions – each of which helped educate the region’s law enforcement agencies about the root of a particular type of criminal activity while providing best practices for tackling cross-border crime.

One of the issues tackled in these presentations and meetings was the increase in so-called new psychoactive substances. By sharing information about the trends in each individual region, local prevention services could better anticipate the arrival of these substances from the other side of the border and inform the relevant law enforcement group.

The project’s research highlighted situations in which the legal frameworks of individual countries contradicted each other – encouraging crime. In such cases, EMROD raised awareness with policy makers and other affected parties so the appropriate policies could be put in place.

Total investment for the project “Euregio Maas-Rhein Observatoire Délinquance” is EUR 718 000, with the EU’s European Regional Development Fund contributing EUR 359 000 through the “Euregio Maas-Rhein” Operational Programme for the 2007-2013 programming period. The investment falls under the priority “Quality of life”.