A territorial cooperation project brings a forgotten chapter of cross-border history back to life by retracing the ways of migrant child workers in the 17th to 19th centuries. The new exhibitions and accompanying hiking guide are also becoming tourist magnets. 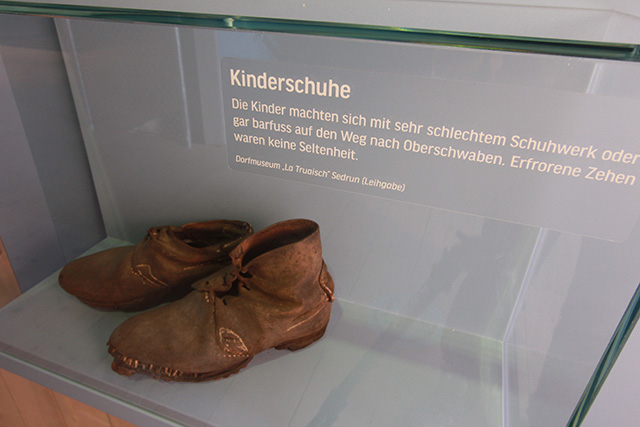 " Thanks to the support from the EU, the participating museums in five countries had the opportunity to review a common piece of social history and to present it in fascinating exhibitions. Through cross-border collaboration, a mutually beneficial exchange took place and a network was created that already extends beyond the topic of the Swabian children.* "

Museums and archives in the Austrian-German-Swiss triangle around Lake Constance are working together to uncover the history of the so-called “Swabian children”. The project’s aims include improving identification with the cross-border region through educational offers and events, stimulating tourism, and supporting research cooperation among the partners.

“Swabian children” is the denomination for child labourers, who between the late 17th and the early 20th century migrated from Vorarlberg and Tyrol in Austria, South Tyrol in Italy, Liechtenstein and parts of Switzerland to upper Swabia in Germany, where they would work on farms over the summer and return to their family in winter. Usually coming from poor families, large groups of children – sometimes several thousand a year between the ages of 6 and 14 – crossed the Alps and offered their services to farmers on special markets.

Presenting history in museums and on hiking trails

The project is divided in two parts. The main element – researching the story of the Swabian children and developing permanent exhibitions in the partner museums and archives – is funded by the European Regional Development Fund (ERDF) in the “Schwabenkinder” Interreg project.

Exhibitions and events are organised in the places of origin of the children, as well as in upper Swabia, where the Farmhouse-museum Wolfegg coordinates the activities. A project website, a database of Swabian children with 7 025 entries to-date, and an educational side programme are the principal outputs of this project.

The two ERDF-funded projects have achieved not only an increased touristic interest in the region – the visitor numbers in the Wolfegg museum increased by 20 % between 2011 and 2013 – but also a better understanding of the common social history and a better local identification with the Lake Constance region.

Total investment for the project “Schwabenkinder” (Swabian children) is EUR 1 372 000 and for the project “Der Weg der Schwabenkinder” (The way of the Swabien children) is EUR 307 430 with the European Regional Development Fund (ERDF) contributing EUR 823 200 and EUR 184 458 respectively through the “Alpenrhein-Bodensee-Hochrhein” operational programme for the 2007-2013 programming period.