CIRCUSE: Managing land use for the benefit of all

The CircUse project promotes sustainable urban development by limiting the use of new green spaces and by reusing previously used or underused land. The territorial cooperation involved in this project meant that different regions, in different countries, could pilot different aspects of sustainable land use, using an approach based on the motto: “avoid – recycle – compensate”. 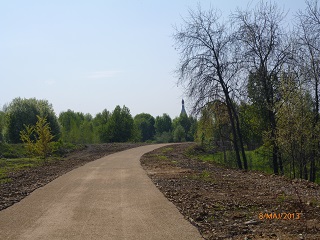 CircUse is a response to the huge urban sprawl and demographic change that has been taking place in Europe. These changes have led to urban land-use patterns that are neither competitive nor sustainable. In particular, increased suburbanisation reduces our ability to effectively tackle climate change, the rising cost of infrastructure and the degradation of soil.

To tackle these problems, circular flow land-use management - the basis of CircUse - embodies a different approach to land use. The approach is similar to that used for waste management systems in which materials are created, used and then thrown away. In the worst case scenario, these materials are thrown away and aren’t reused or recycled. However, in the best case scenario the material is used again, either for another purpose or is recycled efficiently so that the material can be reused. The CircUse project applies this logic to the use of land by imagining land as in usage, wasted and/or in need of recycling.

Whilst some land enjoys continual use, other areas are abandoned or neglected by their owners and users. This is to be compared to the worst case scenario where materials aren’t reused and become waste. The CircUse project identifies these pieces of land considered as waste and tries to “recycle” them so they can be used again. The approach involves the identification of sites and buildings and defines them as: under planning, use, cessation of use, abandonment, interim-use and sites for reintroduction of use and/or building.

With this land recycling concept in place, the expansion of the city into new previously undeveloped land is reduced, the disused and abandoned parts of the city recycled into new viable uses, and compensation made elsewhere when expansive development cannot be avoided.

Each participating region undertook a pilot project to develop an action plan for implementing circular flow land-use management, to consolidate city centres, redevelop brownfields, develop vacant building lots and preserve open spaces. The CircUse project team used different methods to communicate the project's results to the identified target groups, which included the public sector, citizens, scientists and private sector groups – some, but not all, were directly engaged with land management. The project is an important contribution to the EU’s work in supporting the urban dimension of EU policy.

Total investment for the ‘CIRCUSE Project’ was EUR 152 318, of which the EU’s European Regional Development Fund is contributing EUR 129 470 from the Operational Programme “Central Europe Programme” for the 2007 to 2013 programming period.