A cross-border collaboration between two Bulgarian and Turkish institutions restored two important historical sites. The TOGETHER project relied on EU funding to preserve the infrastructure surrounding the mediaeval rock monastery of St. Nicholas in Kirklareli, Turkey, and improve the attractiveness of the late antiquity and mediaeval fortress of Aquae Calidae in Burgas, Bulgaria. 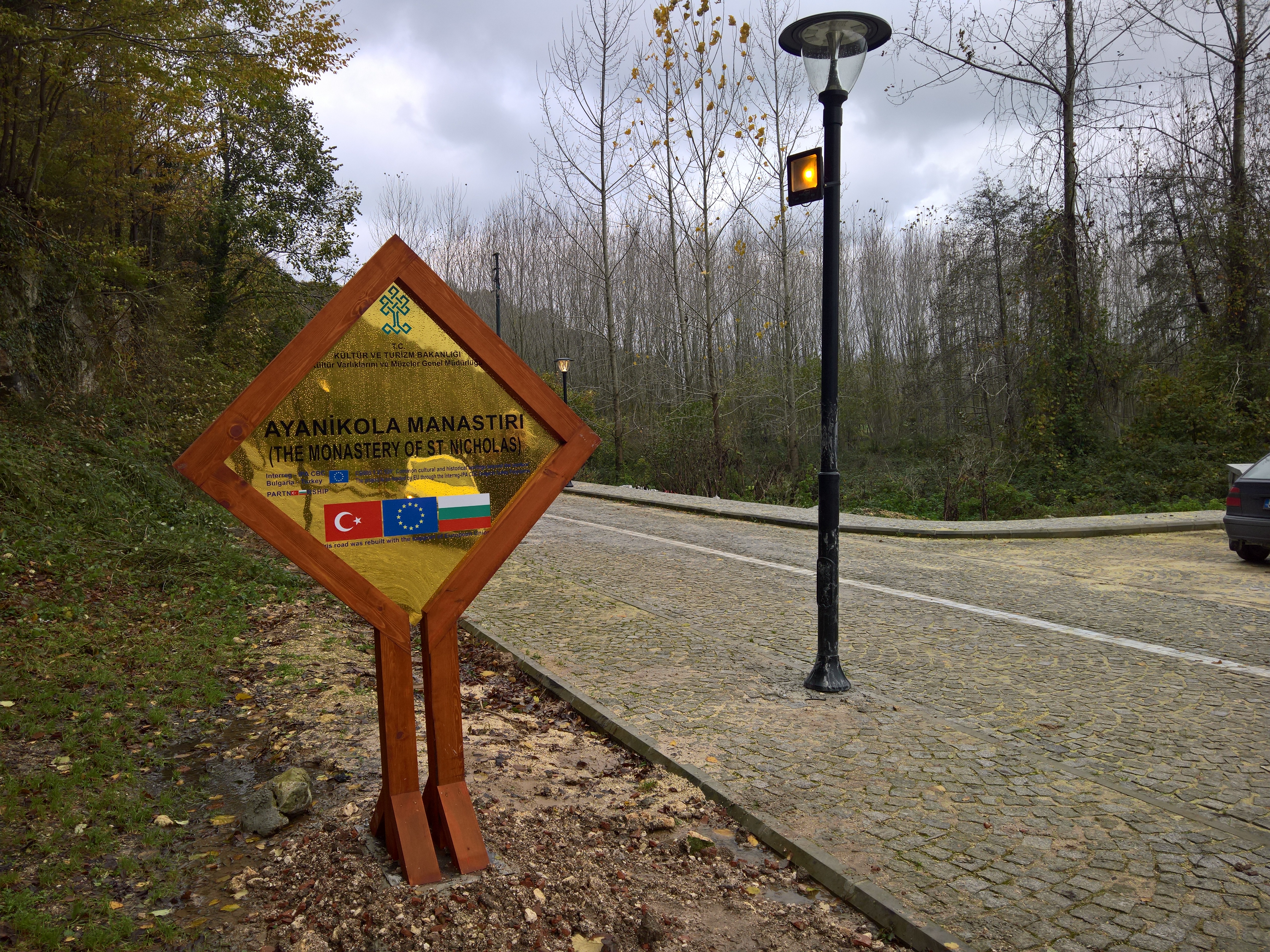 Result of investment in the St. Nicholas monastery, Kiyikoy, as part of the EU-funded TOGETHER project ©Radovesta Stewart

" The TOGETHER project united the efforts of two regional cultural institutions on both sides of the border. The Burgas Regional Historical Museum in Bulgaria and the Kırklareli Regional Directorate for Culture and Tourism in Turkey partnered up to improve the attractiveness of two of their most valuable cultural historical sites and increased their popularity by combining them into one regional tourist product. "

Each year, nearly 100 000 cultural and religious tourists visit the St. Nicholas rock monastery. However, a lack of money had left the road leading up to it in bad condition. Thanks to the project’s funding, the 1,2 km-long road between the Kiyikoy village fortress and the monastery was completely redone. The vehicle lane and sidewalks were arranged with granite pavement to blend naturally with the surrounding environment. Street lightning was installed on both sides of the road and at the entrance of the monastery. A parking area was constructed in front of the archaeological site, making the monastery more accessible and attractive to tourists.

Archaeological research at the Aquae Calidae baths from the past decade had led to the discovery of a large underground structure which, until recently, was inaccessible. During the project, a cold pool dating back to the Roman age was drained and restored and a passage between the main parts of the historical site and the underground structures was constructed. The passage allows visitors to descend to the lower sections, which have been illuminated by mounted artistic lightning panels, and discover the more ancient parts of the public baths.

Research from the past decades brought dozens of artefacts to light, including coins, pottery and marble inscriptions. The Regional Historical Museum in Burgas – the project’s leading partner – used the EU’s funding to acquire 3D scanning equipment and a powerful server to digitise these valuables into a virtual collection. A dedicated room in the museum was turned into a professional photo studio to facilitate this process.

Today, the digital library contains 127 objects that represent the lifespan of the Aquae Calidae from the original Thracian settlers to the Ottoman Empire – about 2 000 years of history. The museum installed modern information points where the collection is being showcased to visitors. Not only does this enhance both the historical site and the museum’s attractiveness, but also reduces the risk of any threats to the relics’ current storage.

To showcase the digital collection, the project brought together archaeologists and experts in conservation and restoration during a joint international scientific conference held at the museum, titled The Ancient City of Aquae Calidae and the Rock Monastery of St. Nicholas – Opportunities and Problems of the Cultural and Historical Heritage in the Cross-Border Region.

The museum expects to expand the collection with other types of objects and to include different departments such as history, ethnography and nature. The platform will be used to popularise discoveries, ease the administrative work of museum specialists, and develop further research.

The cross-border cooperation of the TOGETHER project successfully promoted the area as a common tourist destination by combining both historical landmarks into one product. The successful realisation of the project’s goals led to much positive attention from regional and national media and made both sites significantly more popular.

Total investment for the project “TOGETHER: Common cultural and historical heritage beyond the borders” is EUR 486 735, with the EU’s European Regional Development Fund contributing EUR 413 725 through the “Interreg IPA CBC Bulgaria – Turkey” Operational Programme for the 2014-2020 programming period. The investment falls under the priority “Jobs, growth and investment”.