To encourage youth involvement in local and national politics, the EU-funded SB YCGN project provided young people in the South Baltic region with the skills and confidence they need to engage governmental authorities in meaningful dialogue. 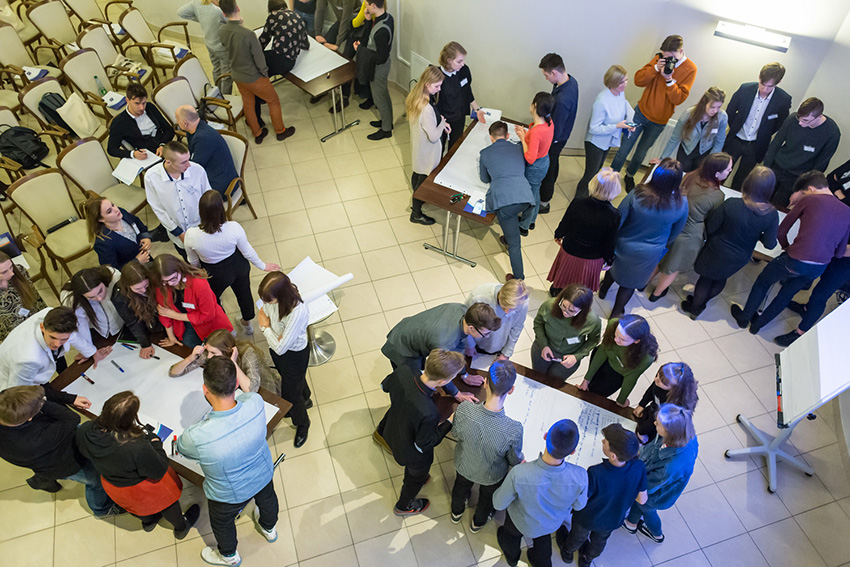 ): A meeting held in Elbląg, Poland, as part of the SB YCGN project to involve young people in the South Baltic region in local and national politics. ©Association of Polish Communes Euroregion Baltic (2019)

" The hardest thing about the project was to convince politicians to treat young people and their ideas seriously, not as ‘unnecessary ballast’, but as the future of local communities and as partners to shape better living conditions. "

The EU-funded SB YCGN project is a new approach to the ongoing challenge of increasing citizenship and civic participation among young generations. Working at both the local and national levels, the project launched a series of actions, all of which were geared at fostering constructive dialogue between young people and government authorities.

With a focus on civic education, the project provided young people in Lithuania, Poland, Sweden, and Denmark with practical training on how to use the levers of government to address the problems and challenges facing young people today. In doing so, not only did the project succeed at improving youth involvement in local government, it also increased their impact on local decision making.

Working at the local level, the project facilitated a number of roundtable style discussions between young leaders and government authorities. Prior to the meetings, participants received hands-on training on a range of relevant issues, public speaking, and debating. The meetings focused on a particular issue relevant to young people and served as an opportunity for everyone to share their ideas and work together towards achieving a solution.

Each meeting included between 20 and 70 participants. With meetings held in each of the four countries, a total of 600 young people and 60 local politicians participated in the roundtable discussions.

In addition to these discussions, the project conducted a campaign to raise awareness about the role of local government and the many opportunities for young people to get involved in their communities. This effort included making presentations at local schools, recruiting new youth city/commune councillors, and training existing councillors.

The project worked with local governments to increase their capacity for involving young people in the decision-making processes. This included creating a set of best practices for encouraging youth engagement, which have been made available via the project’s website.

In total, the project organised more than 40 events in cities across four countries. More importantly, it succeeded at laying the groundwork for ongoing cooperation between young people and local governments. In fact, participating cities already report seeing changes, including greater interest from young people in getting involved in local government.

Ministry of Infrastructure and Development, Poland