Based in Opole, capital of Poland’s Opolskie region, MovieBird is a world-renowned company making telescopic camera cranes used for shooting scenes for films and television programmes across the globe. EU funding has enabled it to undertake two ambitious projects: the construction and equipping of a research and development (R&D) centre next to its headquarters; and the development of a vehicle to prevent camera cranes from shaking during filming on uneven ground, thereby keeping images stable. 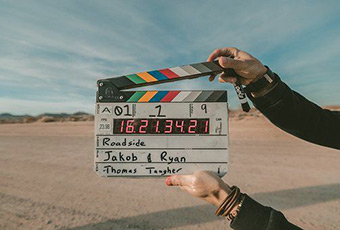 " The gyroscopically stabilised system is a vehicle that will stabilise, in real time, the boom column on which the camera is placed during recording. While driving on undulating terrain, the camera will automatically adapt to the conditions, recording a stable image all the time. "

MovieBird’s R&D centre will improve the performance of its cranes, which are highly regarded by film producers and camera operators worldwide. It will be adapted for research oriented towards development of new equipment for the film industry.

The system created as a result of the industrial research conducted under the second part of the project uses a self-adjusting gyroscopic head to correct deviations of the hydraulic column of the camera crane while it is moving. The filming of chase scenes is likely to be one of its main uses.

Founder Piotr Adamiec built his first camera crane for a friend who had received a grant to make a film in Germany in the early 1980s. He then set up his own company in the UK in 1986. From there, he moved his business to the USA, where he spent 10 years, selling up to return to Poland in 1999. On his return, he launched MovieBird with his cousin, building four cranes in the first year.

After starting out in rented premises, MovieBird moved to its current base on the site of the former Groszowice cement factory, which was closed and demolished in the late 1990s. Prior to the construction of the R&D centre, much of the rest of the site had fallen into disuse and was becoming overgrown. It is hoped that the centre will represent the first step in the regeneration of the area.

The company currently makes some 25 cranes a year based on technical solutions developed by its own staff, many of which have been patented. The largest weighs over 3 tonnes, is around 22 m long and costs about EUR 400 000.

Rising demand for its existing products and for new solutions to allow film makers to create even more impressive pictures presented challenges for MovieBird given the space constraints in its headquarters. The opening of the new centre is therefore essential to enable the business to meet demand in a niche industry.

MovieBird expects its gyroscopically stabilised system and the other new types of crane to be developed at its R&D centre to constitute significant innovations for the global audiovisual industry. The project should thus open up wide-ranging commercial opportunities which the firm will be able to exploit by adapting its offer to the requirements of different customers.

In Europe, and particularly Poland, MovieBird’s cranes are used for filming news and current affairs programmes, sport and musical events. Other key markets include Hollywood, where the company has been well known for several years – having supplied equipment for a number of box office hits, and the Far East, where it is looking to establish a stronger presence. The new system could play a vital role in achieving this goal.

Three members of staff were involved in R&D work under the project, while the firm employs around 40 people in all, many of them engineers. It is thought that the expansion arising from building the new centre should create further jobs, notably for Opole University of Technology graduates.

Total investment for the project “Constructing and equipping a MovieBird Research and Development Centre in Opole, and simultaneously carrying out the research project ‘Gyroscopically stabilised system for correcting deviations of the hydraulic column of a camera crane in motion with a self-levelling gyroscopic head’” is EUR 1 430 000 (PLN 6 174 783), with the EU’s European Regional Development Fund contributing EUR 660 000 (PLN 2 859 814) through the “Opolskie Voivodeship” Operational Programme for the 2014-2020 programming period. The investment falls under the priority “Research and innovation”.