EU funding has supported the creation of a 10 000 m² thermodynamic solar-powered plant with a total electrical output capacity of 1 megawatt in the industrial zone near Ottana, on the Italian island of Sardinia. The plant is one of the first of its kind in the country to be connected to the national electricity grid. It was established by Sardinian water authority ENAS, which operates and maintains the island’s water infrastructure. All of its components were made in Italy. 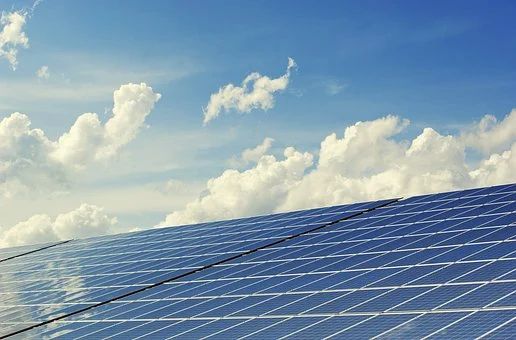 " This experimental plant is an example of what can be achieved by developing smart grids in industrial areas. Our goal is to make enterprise zones like Ottana attractive. In such places, we intend to establish infrastructure that creates conditions for a productive recovery, beginning with sectors like agri-food and those that constitute alternatives to the old industrial model. "

Given the involvement of ENAS, the plant’s principal benefit is its potential to cut the sizeable energy costs of water distribution in Sardinia. This is a key regional goal and of particular importance for the island’s agricultural sector.

Moreover, the plant forms part of a wider territorial development initiative. It boosts the competitiveness of businesses in the Ottana industrial zone by providing them with a clean local source of heat and electricity, thereby reducing harmful emissions and helping Sardinia increase its renewable energy use. At the same time, it helps meet demand for thermal energy in the surrounding area.

The plant functions with special curved photovoltaic lenses that concentrate sunlight to heat water. The resulting steam drives the plant’s 600 kilowatt steam turbine, which powers a generator that produces electricity.

Power distribution is managed through thermal and electrochemical storage systems which allow energy to be supplied for up to 4 hours in the absence of sunlight. Although the plant is industrial in scale, its use of modern technology cuts the amount of land needed for energy generation.

Testing and research are among the installation’s main functions. On one hand, it makes it possible to evaluate the performance of small-scale thermodynamic solar technology and energy storage systems; on the other, it allows for experimentation with various supply management models. Such models could reduce energy costs, including in parts of the grid not directly connected to the plant.

One example of the work in this area is the assessment of the benefits for public institutions of virtual power plants – digital control systems that connect different power sources and adjust their output to ensure more reliable and efficient supply. Another is research into management of power supply from smart microgrids – local energy networks that can operate independently of traditional grids.

The project received a special mention at the 2018 edition of the prestigious Italiadecide awards for its contribution to technological innovation for sustainable development. It is hoped that the recognition the plant has gained will lead to the construction of similar installations elsewhere in Sardinia and across Italy.

Total investment for the project “Ottana thermodynamic solar power plant” is EUR 5 716 354, with the EU’s European Regional Development Fund contributing EUR 2 858 177 through the “Sardegna” Operational Programme for the 2014-2020 programming period. The investment falls under the priority “Energy Union and Climate”.