ADAPT: moving towards greater resilience of cities in the face of climate change

The objective of ADAPT is to provide the Upper Tyrrhenian region with a joint action plan so that the region's cities become more resilient to the risks posed by climate change, and floods in particular. Like other urban areas, the cities in this region straddling both Italy and France are increasingly prone to flooding caused by sudden and intense rainfall. 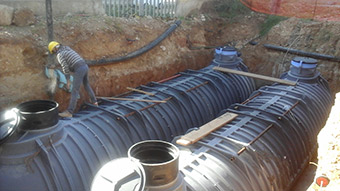 " We are working to achieve a genetic mutation of cities, i.e. a change of perspective that transforms adaptation into a fully integrated cross-cutting priority in the different areas of urban planning. "

Over the past five years, the impact of the floods has caused more than EUR 1 billion worth of damage in the region. The cause of said damage being the excessive waterproofing of cities, which intensifies the negative impacts of rainfall and contributes to the occurrence of catastrophic floods.

The cities in the Upper Tyrrhenian area are therefore faced with a joint challenge, which they must face together. This can be achieved, not only by addressing the causes of climate change, but also by adapting to the consequences that are already manifesting themselves.

In real terms, the municipalities participating in the initiative are supported in the preparation, implementation and monitoring of local adaptation plans that will have a direct positive impact on the safety of both people and infrastructure. Approximately 1,760,000 people will benefit from the protection measures developed as part of the project. The initiative is making very specific improvements to their daily lives, thanks in particular to the construction of drainage infrastructure that will improve the area's resistance to flooding.

ADAPT also raises awareness of an 'adaptation culture', which is generally found to be lacking among citizens and local authorities alike. Even if we stop polluting today, cities will still have to face the already tangible consequences of climate change for many years to come. The initiative therefore promotes awareness of the idea that urban areas must be rethought and redeveloped in order to cope with climate change.

How can this objective be achieved?

In practice, the ADAPT initiative increases the resilience of participating cities through various actions, including: