Improving the sustainability of urban mobility in Central Europe

Six Central European regions joined forces to move their transport systems towards a low-carbon future. The aim of the LOW CARB project is to integrate urban and outlying areas, in part by boosting the role of green public transport. The regions involved have put in place a series of initiatives to establish sustainable urban mobility systems that are reducing air pollution and improving quality of life for residents and visitors. 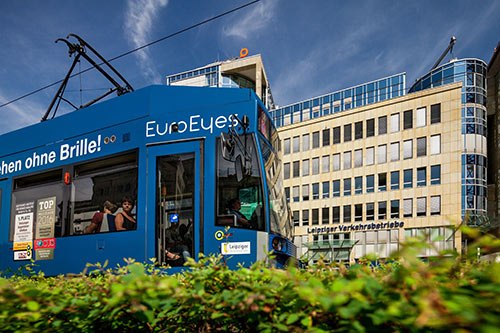 " Low-Carb increases capacities of public transport authorities and companies to plan in a more integrated way for a low-carbon mobility system in urban areas. The project provides strategies and tools to involve all stakeholders, data and information needed for this, and shares lessons learned from innovative pilot actions, to become replicable solutions across Central Europe. "

In many of Europe’s towns and cities, people’s ability to move around is hindered by road congestion and bottlenecks. Moreover, many commuters still have to rely on fossil-fuelled vehicles to complete their journeys. LOW CARB has set about dealing with these issues by developing strategic plans and pilot actions which – along with the introduction of new technology – focus on increasing the capacities of public transport authorities and operators to deliver efficient, integrated urban mobility systems.

The project developed plans covering four pilot areas: Leipzig, Germany; Brno in Czechia; Koprivnica, Croatia; and Szeged in Hungary. The plans have more than 100 measures linked to new public transport services. They have been developed by embracing innovations in mobility planning, for example by harnessing open data policies, joint financing concepts and fresh approaches to procurement.

The pilots include innovative technological concepts such as: integrated regional transport information platforms in Leipzig; solar-powered e-bike stations at mobility hubs in Koprivnica; and the introduction of trolley-battery-buses to serve Szeged. Meanwhile, existing electric public transport infrastructure like the trolley grid in Parma, Italy is being used to charge other electric vehicles like buses, cars and bikes.

LOW CARB’s activities are leading to reductions in the emission of CO2 by encouraging people to leave the car at home and take public transport. Based on pre-analysis and according to the number of citizens in partners’ urban centres, the project activities alone will reduce CO2 emissions by almost 60 000 tons by 2020.

The plans are establishing new forms of cooperation. For example, Brno created a round table to implement a monitoring tool for the city’s planning process. Meanwhile, Koprivnica set up a new functional urban area and formalised it through a joint public transport service area. Szeged initiated a company-based mobility management platform for new public transport services that operate around the recently built European Laser Institute.