The Memory in Images (Mémoire d’images) project collects, protects and promotes the industrial, material and cultural heritage of territories within the Grande Région (Grand Est, Luxembourg, Wallonia and the Saarland), through the collection, digitisation and dissemination of archive images. 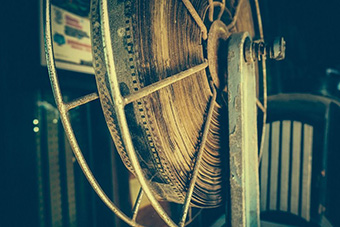 The Memory in Images project collects, digitises and disseminates archive images of the territories in the Grande Région. ©CC0 Creative Commons

" Via this project, Image’Est wants to highlight the importance of amateur film as a historical source, cultural marker and heritage asset, and the need to work for its preservation and transmission. These films are an exceptional legacy and bear witness to the major episodes and key figures in our recent history, to work, activities and pastimes, and to the changing landscapes and lifestyles of the generations before us. "

Co-funding from the ERDF, the Contrat de Plan Etat-Région (State-Region planning contract), and the Épinal agglomeration community has allowed the construction of the centre and the purchase of a multi-format film scanner to achieve Ultra High-Definition (4K), as well as a storage system for magnetic tapes.

The Image’Est association, which is the project leader, has therefore been able to set up a technical platform (digitisation apparatus, editing and calibration stations) for processing archive images. The association also obtained the transfer of the collection from the Centre Image Lorraine (almost 2 million photos and 30 000 films) following its closure in 2017. Thus, the association helps to preserve and transmit a whole facet of regional collective memory.

These archive images bear witness to the industrial heritage of Lorraine (and by extension the region). Saving them in digital format provides a solution to the risks associated with the ageing and degradation of physical media and/or the inadequacy of methods for reading the archives. For example, the digitisation of films in 8, S8, 9.5 and 16 mm format allows us to conserve media that have become almost inaccessible due to the disappearance of the apparatus initially designed to read them.

The creation of the Centre for the Promotion of Regional Industrial Memory has also benefited from the support of the Interreg V-A Grande Région programme, as part of the Digital Stones (Pierres numériques - Digitale Steine) cross-border cooperation initiative to extend the project to the scale of the Grande Région.

Total investment for the project ‘Centre for the Promotion of Regional Industrial Memory - Memory in Images’ is EUR 364 179; the European Regional Development Fund contribution is EUR 127 441 through the ‘ERDF/ESF Lorraine and Vosges’ cooperation programme for the 2014-2020 programming period. The investment falls under the ‘Jobs, Growth and Investment’ priority.

Lorraine View programmes for this region