Protecting the English Oak in the Hungary-Croatia cross-border region

The project brought together environmental experts from Croatia and Hungary to prevent the loss of habitat of the English oak and other native trees. Work included collecting data and analysing conditions in the local forests and putting in place measures to stop the spread of invasive species. 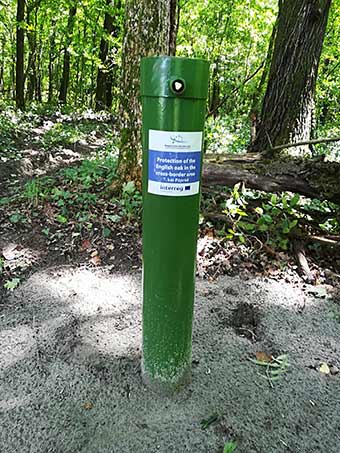 " The biggest result of the project was the restraint and suppression of invasive plant species in the project area. In addition, we developed adaptable treatment methods that can be used successfully against false indigo. Treatments could not have been carried out on such a scale without EU support. The 60 measuring point ground water monitoring system is a significant achievement. Thanks to this modern technology we can do professional forest management because it supports our decision-making. "

To inform their work, the project team placed 60 measurement points in the ground to provide data about the movement of sub-soil water. A network of automatic meteorological stations was established to collect data about precipitation levels on both sides of the border. Results from these exercises will be made available on a publicly accessible website http://oakprotection.eu/en/ after the project’s conclusion in April 2019.

Data collected by the Croatian partner was used to analyse forest conditions. This covered issues such as water and development of the oak ecosystem. The information would be used to make recommendations to establish an environmental alarm system and to draft plans to assess risks like flooding. In the long term, these activities could feed into construction of a series of canals and locks in the area, which would increase the vitality of the forests and preserve soil fertility.

Another key goal of the project was to fight back against invasive plant and tree species that threaten the viability of English oak and other indigenous species. The project assessed such invaders on both sides of the border. This work led to the clearing of about 155 hectares of three invasive species – acacia, false indigo and tree of haven. The project team is drafting a methodology to monitor the progress of native species since the removal of the unwanted plants and trees.

In addition, a mobile app was developed to demonstrate the significance of the issues covered by the project for the benefit of local people and tourists. A total of 95 people took part in the project’s joint educational training and awareness-raising events. Two environmental studies were published.

Total investment for the project “Protection of the English oak in the cross-border area” is EUR 638 644, with the EU’s European Regional Development Fund contributing EUR 542 847 through the “Interreg V-A Hungary-Croatia” Operational Programme for the 2014-2020 programming period. The investment falls under the priority “Environment and resource efficiency”.