TERAFOOD aims to develop a sensor for quality control of packaged food products, up to the level of a prototype tested under operational conditions. It is based on so-called THz technology, a non-ionizing electromagnetic radiation providing a unique interaction with trace gases typical of the food degradation process that can pass unmitigated through common food packaging. Its integration into "intelligent" packaging will significantly contribute to waste reduction. 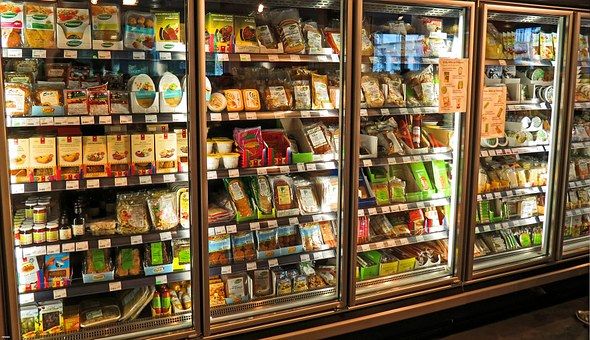 The Terafood project aims to create a prototype sensor to inspect the freshness of a packaged food product in real time. ©Creative Commons

" Scientists are developing food packaging 2.0 to combat the premature and accidental discarding of fresh food. An artificial nose, highly sensitive and low cost, integrated in all packaging! "

The project aims to create a prototype sensor integrated into the packaging to inspect the freshness of the packaged food product in real time, thus preventing food deterioration in the food industry.

A financially viable and proactive solution to combat waste is to systematically analyse each package using a non-destructive method.

Food waste is present throughout the product value chain: production, processing, distribution and end consumer, but it is during the processing phase that more than 50% of waste is to be found, mainly in terms of packaged food. To measure the integrity of products on production lines, samples are taken and opened randomly on a daily basis. By using a statistical approach, the manufacturer obtains information on the entire production process without, however, eliminating defective packaging. This destructive method generates a large volume of waste and lowers—in order to maintain an acceptable margin of safety—the deadline for use by dates for healthy food, contributing directly to waste at the end of the chain.  In addition to waste, the financial losses of manufacturers are significant, as a result of sampling and analysis.

A detection technique based on biomarker monitoring

The proposed method makes it possible to monitor biomarkers generated by product degradation. It can be applied throughout the chain, from production to distribution, making each package traceable and allowing a defect to be identified at a specific point in the product's life.  This detection technique is based on the real-time measurement by waves, at so-called terahertz frequencies, of the concentration of the various volatile organic compounds found inside the packaging.  This composition, which is determined with an accuracy better than one part per million, provides direct information on the deterioration process of each food item.

Raising awareness among the general public

Several achievements have already been made:

The "TERAFOOD - Compact, low-cost terahertz sensor for food quality control" project has received a total investment of EUR 2 013 200; the European Regional Development Fund contributed EUR 1 006 600 under the “Interreg V-A France-Wallonia-Flanders" cooperation programme for the 2014-2020 programming period. The investment falls under the priority of "European Territorial Cooperation".