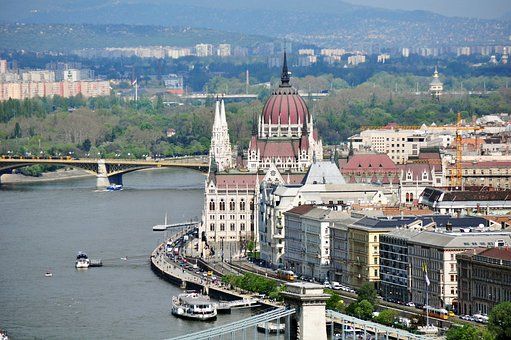 The Danube flows through 10 countries and is a vital transport route for European businesses. ©CC0 Creative Commons

" “The work of DANTE results in reduced time losses and savings of costs caused by ineffective administrative regulations and processes which generate an unnecessary financial burden for Danube businesses. The achievements lead to a better position for inland waterway transport (IWT), by channelling growing transport demand into IWT as the environmentally-friendly low-carbon mode of transportation.” "

DANTE’s focus was on those areas where administrative barriers were most obviously reducing the efficiency of inland waterway transport: border police, tax and customs; navigation and traffic control; port authority and administrations; waterways and canal administrations; and health controls and disaster management. The project was a joint initiative between public and private sector organisations responsible for rule-making or operations on the river.

To gather comments and ideas from interested parties, the project developed an online reporting resource, the Transnational IWT Barrier Reporting Tool, to allow users of the Danube to report administrative barriers and highlight positive experiences. More than 250 comments were received and were put into a database which was analysed and used to make recommendations.

The project published Guidelines and recommendations for improved processes which provides details on good practices that could be adopted on the Danube in areas including: establishing seamless cross-border transport; improving interoperability of systems and structures; developing a single safety system for the entire river; and creating a one-stop-shop system to reduce administrative barriers.

Recommendations from the DANTE consortium’s findings were published in the document. Most of these apply the ‘same river, same rules’ ethos and cover the need to create faster, more harmonised border control processes; finding ways to improve staff qualifications and skills; harmonising charges and fees along the river; introducing round-the-clock working hours at ports to reduce waiting times; and upgrading or replacing certain infrastructure and equipment.

Other DANTE recommendations are based on good practices identified outside the Danube and in other modes of transport. These include establishing common rules along the Danube corridor, building up trans-shipment areas, and developing new markets for Danube container shipping. The project team suggests steps should be taken to integrate the Danube into the Pan-European transport corridor for south-east Europe.

Total investment for the project “DANTE” is EUR 1 982 786, with the EU’s European Regional Development Fund contributing EUR 1 685 368 through the “Danube” Transnational Programme for the 2014-2020 programming period. The investment falls under the priority “Transport and energy networks”.