One third of EU citizens live in border regions. We asked them to identify the specific challenges that they encounter and if they know what EU does to promote cross-border cooperation. They shared their feelings about those living across the border and their motivations to cross that border. We invite you to explore the results of this survey through interactive graphs and reports.

Cross-border Mobility has improved since 2015 reaching 56% (+3pp) of citizens living in EU border regions. Overall, of the six different reasons for travelling cross-broder evaluated, the most often mentioned by respondents is travel for leisure activities including tourist visits (58% +14pp), followed by travel to shop for goods or services (34%+8pp).

The positive attitudes towards citizens of neighbouring countries measures in 2015 are confirmed in 2020. A large majority of people living in EU border regions would feel comfortable about having a citizen from another country covered by an Interreg cross-border cooperation programme as a neighbour (91%), work colleague (89%), family member (88%) or manager (82%).

In line with the previous edition, respondents are more likely to consider living in a border region as an opportunity (38%) than an obstacle (3%). Of the six potential obstacles tested, Languages differences (52%) and legal and administrative differences (44%) remains the most mentioned obstacles (52%) to cross-border cooperation. This proportion has however decreased respectively by -5pp and -2pp since the previous edition.

Data is available at the level of each Interreg A programme.
Read more about the findings of this survey in our report, browse the graphical inteface or open it in full screen: 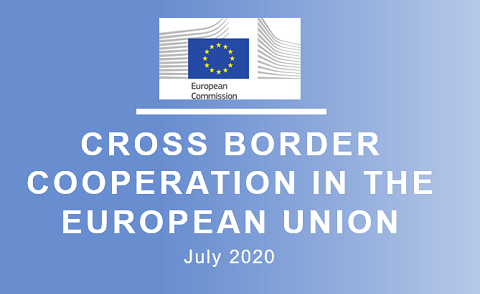