#Youth4Coop - Join the youth debates on 18 May 2022 on the power of cinematic art for better cross-border cooperation in the European Youth Capital, Tirana.

On 18th of May, youth engagement, cinema and cohesion will be the watchwords of the cinematic event organized by DG REGIO and Interact taking place at the Albanian National Center of Cinematography (tbc) and at the Academy of Arts with the participation of students from the cinema University of Tirana. 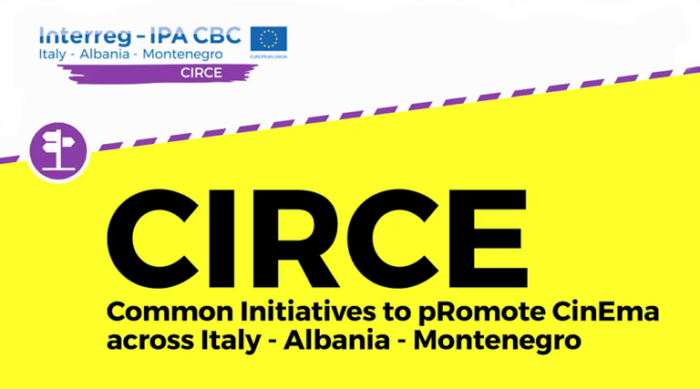 As a follow up  of the Interact workshop ‘Exploring synergies between Interreg IPA and IPA-IPA programmes’, the afternoon of 18 May 2022 will turn to Interreg’s support to cinematic art, a vital tool for cross-border cooperation for better mutual understanding.

Cinema has the unique ability to transcend viewers to see the world through other eyes, touching upon societal, political and cultural realities at home or in faraway places. Powerful images accompanied by music and an impactful narrative are a driving force to understand the historical links that shaped our European values and identity. Especially in times of fake news and growing xenophobia, cinematic art can be a cultural ambassador to resolve possible misunderstandings of our neighbours. Movies such as In Bruges or the series Lord of the Rings even reshaped the so called movie-tourism supporting both economic and social cohesion.

The CIRCE project, funded by the Interreg IPA Italy-Albania-Montenegro programme is an examples to promote cinema through cooperation bringing the three countries closer together. The project, which ended in 2021 resulted in improved conditions for the cultural and creative industries of the audio-visual sector, gives value to the cultural heritage through cross-border initiatives, such as a network of film festivals in the region. A project visit will take place from 13-15 o’clock to learn more about the results with the programme and project beneficiaries.

In the evening of the same day, short movies produced by students of the Academy of Art of Tirana will be projected. Young people in particular shape the cultural and creative industries, a leading employment sector in the EU to address societal, political or cultural issues that matter for them. After the projection, a debate with the students will follow on shared European values, cultural promotion as a tool for cross-border cooperation and the EU enlargement process.

The organisers are looking forward to engaging with as many young people as possible and to welcoming anyone interested in Tirana.

Registration for the project visit, the movie projection and youth debate will be open until 17 May 2022.