Keeping an eye on citizen’s awareness of EU regional policy is the central element of Flash Eurobarometer surveys. The latest edition shows that awareness and perception levels remain high - eight in ten Europeans who have heard about EU co-financed projects in the area where they live (41%) believe that EU projects have a positive impact on their city or region. 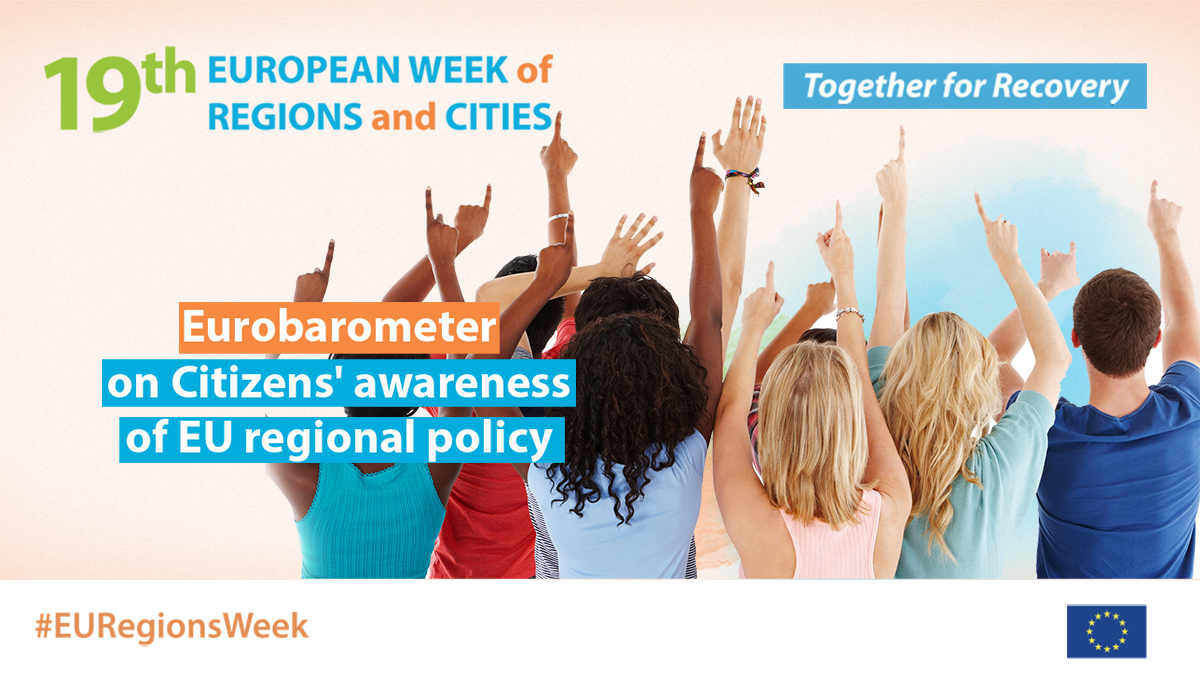 The new Eurobarometer has also surveyed the Union’s response to the COVID-19 pandemic – almost seven in ten respondents (69%) believe the EU regional policy supports the economic recovery in the context of the pandemic.

When asked about important areas for EU regional policy investments, 92% of Europeans mention education, health or social infrastructure as important for their city of region, followed by the environment (91%) and renewable and clean energy (87%). According to respondents, highest priority is given to regions with high unemployment (69%), deprived urban areas (55%) and remote rural or mountain areas (54%).

This edition of the Eurobarometer survey monitored if EU funded projects contribute to respondents’ feelings as EU citizens. Aggregated results show that close to six in ten respondents believe projects make them feel (more) like an EU citizen (21% contribute to a large extent and 38% to some extent).

According to the survey, national TV and Internet are the most frequently mentioned sources of information on EU co-financed projects. Since the last survey in 2019, the proportion of respondents mentioning Internet has increased, making it a source of information as important as national TV.