No region left behind: launch of the Platform for Coal Regions in Transition 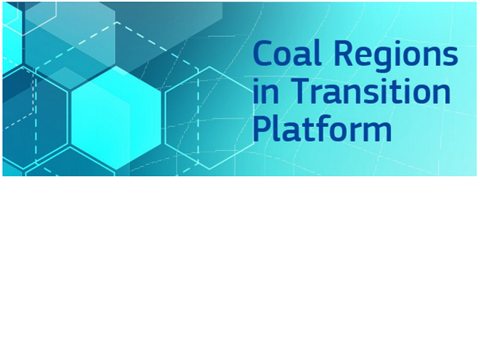 The EU's commitment to a clean energy transition is irreversible and non-negotiable. In this shift to a more sustainable future, no regions should be left behind when moving away from an economy driven by fossil fuels.

The new Platform launched today will facilitate the development of projects and long-term strategies in coal regions, with the aim of kick-starting the transition process and responding to environmental and social challenges. It will bring together EU, national, regional and local stakeholders involved in the transition to help them foster partnerships and learn from each other's experiences. The Platform's activities will initially focus on coal regions, with the aim to expand to carbon-intensive regions in the future. It is designed to boost the clean energy transition by bringing more focus to social fairness, structural transformation, new skills and financing for the real economy.

The Coal Regions in Transition Platform will officially be launched later today by Maroš Šefčovič, Vice-President of the European Commission in charge of the Energy Union, Miguel Arias Cañete, Commissioner for Climate Action and Energy and Corina Creţu, Commissioner for Regional Policy as well as representatives of European regions, different stakeholders and business leaders. The launch takes place on the eve of the "One Planet Summit" convened by the French President Emmanuel Macron to mark the second anniversary of the Paris Agreement on climate. At the summit, the Commission will reconfirm its commitment for a forward-looking climate policy and show that the EU is leading the fight against climate change by example and through action. The new Platform is one of the key accompanying actions part of the Clean Energy for All Europeans package (IP/16/4009) launched in November 2016.

Commissioner for Regional PolicyCorina Creţu added: “Working together for a better common future is what the European Union and Cohesion policy are about. Our message to coal regions today is that the European Commission takes concrete actions to help them achieve a smooth transition towards a modern, sustainable and successful economy that leaves nobody behind".

The Commission is already supporting the transition in coal and carbon-intensive regions through its Cohesion policy. This EU-wide policy helps regions achieve economic transformation by building on their "smart specialisation" assets, i.e. the regions' niche areas of competitive strengths, with the aim to embrace innovation and decarbonisation. Via Cohesion policy, the EU is in direct and constant touch with regional partners on the ground and can provide tailored support to guide structural change.

In parallel, the Commission is working on a pilot basis with a small number of regions in Member States on planning and accelerating the process of economic diversification and technological transition through technical assistance, information exchange and tailored bilateral dialogue on relevant EU funds, programmes and financing tools. Based on requests by these Member States, pilot country teams for Slovakia, Poland and Greece were established in the second half of 2017 to assist the regions of Trencin, Silesia and Western Macedonia based on their specific needs. As the work of these teams progresses, their experiences will be shared with the Platform for Coal Regions in Transition.

Clean Energy for All Europeans package