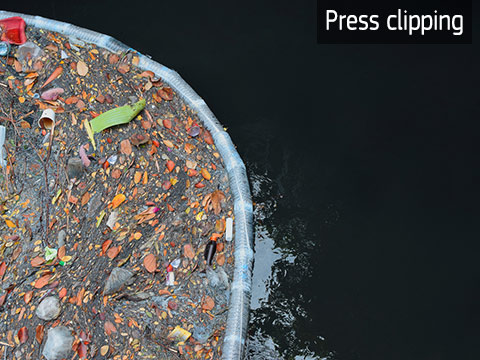 The project – a joint effort involving Estonia, Latvia, Finland and Sweden known as BLASTIC – seeks to probe the quantity, quality and origin of waste that flows into the Baltic Sea.

An estimated 80 % of garbage that ends up in the sea comes from land-based sources, with rivers that run through cities major offenders. In this context, the project is taking a closer look at the impact of the Aura River that runs through the Finnish city of Turku.

Two temporary floating barriers were installed on the waterway to catch and contain trash and a study will be carried out in a bid to evaluate the impact of city events and tourism on the amount of refuse that ends up in the river.

The outcomes of the project are expected to help bolster Turku’s waste management and water protection measures, particularly in terms of prevention. It will also raise public awareness of marine litter and how the Aura River contributes to the problem in the Baltic Sea.

BLASTIC also aims to encourage people to reduce their use of plastic and be aware of where their rubbish ends up.