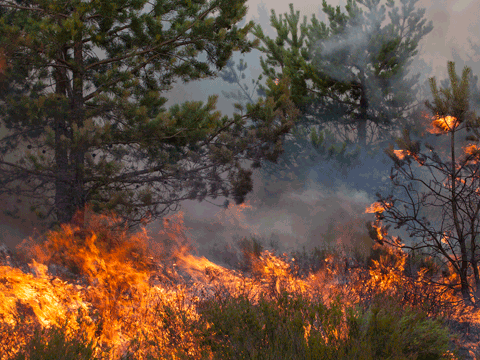 Today the Commission has proposed aid worth over €11 million from the EU Solidarity Fund (EUSF) for the two countries.

In 2016 Cyprus has been subject to severe drought which caused forest fires and scarcity of water for the population. Cyprus is set to receive nearly €7.3 million from the EUSF to alleviate the financial burden of the damage.

The Portuguese Island of Madeira was affected by wildfires in August 2016. Almost €4 million from the EUSF will help cover the costs of emergency measures, clean-up operations and of the restoration of vital public infrastructure.

Commissioner for Regional Policy Corina Creţu said: "Our thoughts are still with the people of Cyprus and Madeira; these tragedies showed once again how important EU solidarity is in times of need. Today we are moving from words to action with financial assistance to help affected communities, revitalise economic activity and support reconstruction efforts."

The financial assistance package now awaits the approval of the European Parliament and Council.

The EU Solidarity Fund was set up to support EU Member States and accession countries by offering financial assistance after natural disasters. The Fund was created in the wake of the severe floods in Central Europe during the summer of 2002.

The annual allocation available for the EUSF in 2017 is €563 million. Adding the remainder of the allocation from last year, the total amount of the EU Solidarity Fund available during 2017 is over €1 billion.