The Maastricht Treaty: an impetus for the cohesion policy 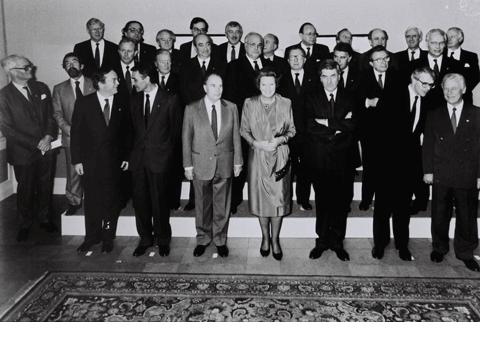 Signed in February 1992 the Maastricht Treaty represented a significant step forward not only for Europe in general, but also for cohesion policy in particular. The treaty brought the first reform of cohesion policy, more flexibility being created for national governments. It firmly established economic and social cohesion as one of the core objectives of the European Union, alongside the single market and the Economic and Monetary Union.

Very important as well was the creation of the Cohesion Fund, the latest of the trio of structural and cohesion funds. Greece, Ireland, Spain and Portugal, states with a GDP per capita below 90 percent of the EU average at that time, were to receive support for projects in the fields of transport, energy and telecommunications infrastructure and the environment. At that time the Member States that qualified for funding received up to 85 percent of project costs with more lenient governance rules as compared to the structural funds, providing for a catching-up tool for new Member States.

It was Maastricht that set in motion a process of periodic reappraisal of the policy. Since then the Commission is required to publish a Cohesion Report every three years, providing an assessment of the progress made towards achieving economic and social reform, as well as presenting reform proposals, if considered necessary. In the same extent, a major impact on the future reassessment of the policy has had the creation of the Committee of the Regions (CoR). The CoR opened the EU decision-making process to the regions and localities, thus facilitating the advancement of their interests by interacting with the offices of the Commission and to scrutinize Commission proposals. Since then the CoR has provided the Commission with impetus for a more efficient cohesion policy.

At the eve of the celebration of the 25th anniversary of the Maastricht Treaty it is important to acknowledge its relevance for what has become today the European Union's main investment policy. Through its reforms Maastricht set in motion necessary tools for the cohesion policy to serve, both directly and indirectly, the good of millions of Europeans.