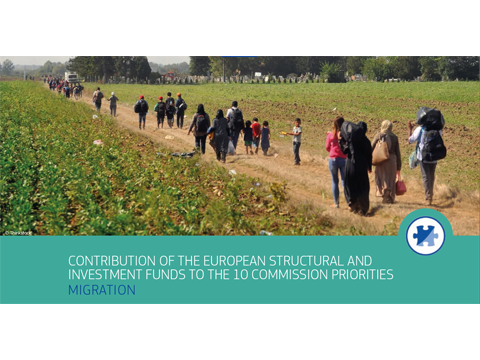 The plight of thousands of migrants putting their lives at risk is shocking. The European Commission's agenda on migration sets out a European response combining internal and external policies, making best use of EU agencies and tools and involving Member States and institutions, international organisations, civil society, local authorities and partners outside the EU. A strong common asylum policy and a new European policy on legal migration are among President Juncker's top political priorities.

Coordination mechanism between the funding sources, such as the Asylum Migration and Integration Fund (AMIF), Internal Security Fund (ISF) and ESI Funds should be established both at the European and national level in order to reinforce synergies.