A mix of EU and other public funding sources is being used to attract private investment as a means of increasing the scale and pace of green infrastructure projects across London. The London Green Fund (LGF) has been established as a key financial instrument to achieve the capital’s goal of reducing its CO2 emissions by 60 % by 2025 and to cut the amount of waste that ends up in landfill. 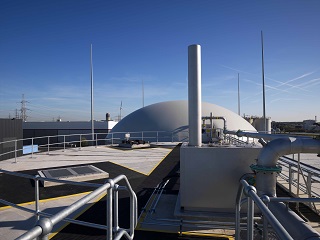 " London’s ERDF programme is small. In order to make a meaningful impact on low carbon jobs and growth, we need to move away from traditional grant-based funding models. The success of the Green Fund means that we’re helping to meet the Mayor’s carbon dioxide reduction targets and re-investing the money. Recycling waste is good for the planet, recycling EU funds is good for our economy! "

The LGF was set up through the EU’s JESSICA initiative, which supports sustainable urban development and regeneration through repayable finance. LGF funding has been allocated to three commercially managed Urban Development Funds (UDFs), which provide loans and equity finance to a range of ‘green’ projects relating to waste, energy efficiency and social housing.

A broad range of projects have attracted investment from the UDFs. For example, energy saving measures are being installed in a number of schools, hospitals and libraries, as well as pioneering technologies in the Tate Modern and Tate Britain art galleries. New energy efficient communal heating systems are being introduced in social housing blocks in the borough of Hackney to address fuel poverty

Meanwhile, another project will deliver hot water to heat municipal and commercial buildings in Enfield. The LGF has also funded the capital’s first commercial-scale anaerobic and composting facility, which will be capable of generating 1.4 MW of electricity. In addition, money has been made available for the construction of a facility that can recycle used shopping bags and films.

When fully operational, these projects taken together should achieve annual savings of 218 084 tonnes of CO2, stop 330 980 tonnes of waste from going to landfill and deliver around 34 700 000 kWh of energy savings/per year.

The LGF has already achieved its planned investment targets with an initial sum of EUR 140 million being allocated to projects. Plus, a further EUR 30 million is due to be invested by the end of 2015.  So far, the UDF managers have secured more than EUR 400 million of funding from a range of sources, including the European Investment Bank, commercial banks, pension funds and a syndicate of private investors.

A limit has been set on how much money can be invested in a particular project. This has encouraged further investments at project level, which means that the total value of support stemming from the LGF now exceeds EUR 1 billion. This represents great value for the EU as each EUR 1 provided by the ERDF (EUR 85 million) has been leveraged by a factor of 12.

Total investment for the project “London Green Fund” is EUR 170 000 000, of which the EU’s European Regional Development Fund is contributing EUR 85 000 000 from the Operational Programme “London” for the 2007 to 2013 programming period.