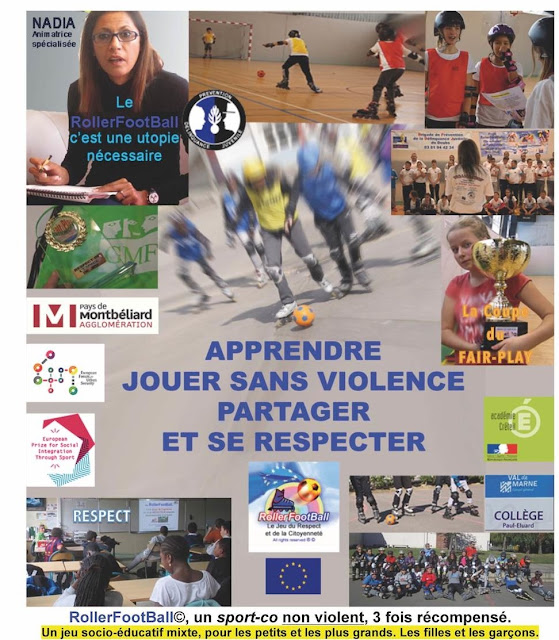 This is the name of a European socio-educational pilot project created in 2004, the European year of education through sport - Viviane Reding circular - which was tested in a SEGPA (General and Vocational Adapted Learning Section) of the Créteil Academy and within popular education/leisure sports initiatives in Franche-Comté (e.g. Besançon, Montbéliard, etc.).

In the words of the children themselves: "RollerFootBall® is not football on roller blades..." It's a non-violent GAME for girls and boys, from tots to teens.

Learning, playing in a non-violent manner, sharing and respecting one another are all compatible with RollerFootBall®. In July 2016, the RollerFootBall project was awarded the European Prize for Social Integration through Sport –Efus / co-funded by the Erasmus+ Programme of the European Union.

After receiving such an award, the RollerFootBall project was approved by the "Erasmus+" A6 UNIT.

In the category: “Education in active citizenship or fair play”: RollerFootBall (France) 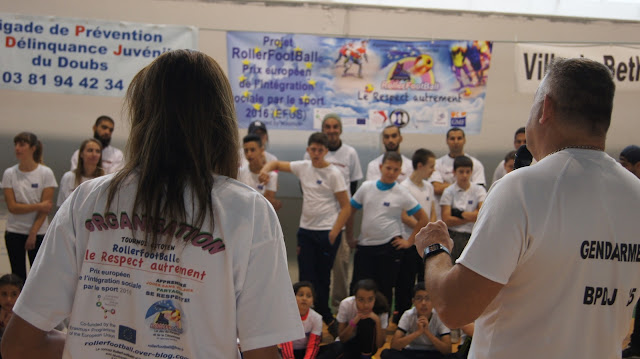 The RollerFootBall project is an entertaining and transversal educational tool that aims to promote the concept of respect in sporting exchanges and in relationships created through sport, by putting the focus on the fun of playing together in an inclusive and peaceful environment.

Members of the jury: 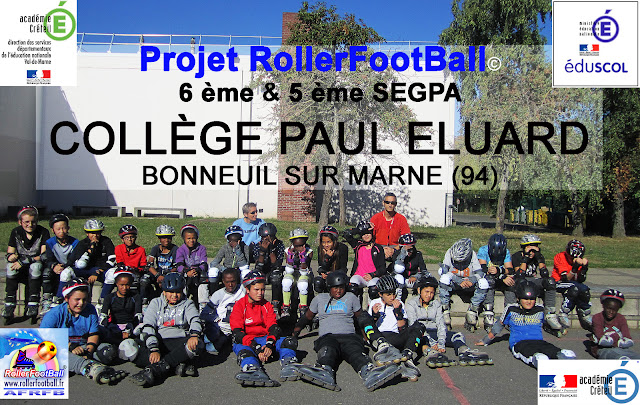 The ceremony was held as part of the Euro 2016 Debates organised by the French Agency for Education Through Sport (Agence française pour l’éducation par le sport, APELS) on an initiative of the city of Saint-Denis (France). Afterwards, a debate was held on the theme, “Sport and culture: an impossible alliance?”, gathering artists and athletes. Participants emphasised that arts and sports can complement each other as part of education and crime prevention policies. They also stressed that sport can open access to culture and is in itself a form of culture. 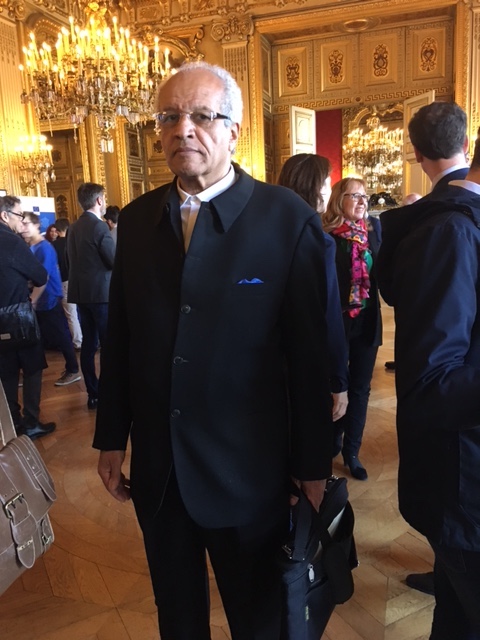