If you have ever visited the small yet significant Mediterranean island of Malta, the likelihood is you will have never seen a Yelkouan Shearwater. Maybe you have been lucky enough to hear its calls but to see one live and kicking and its natural habitat is certainly not common. Active at night and spending the majority of its life at sea, this migratory seabird is a mysterious species which Malta is lucky enough to be home to up to 10% of its global population. 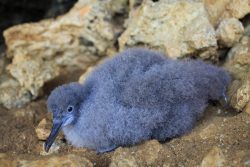 Visiting the islands to breed between February and July each year, this elusive seabird will spend this six-month period nesting inside the secretive caves and crevices of coastal cliffs and rocky islets to raise a single chick.  Yet, despite up to 2,000 pairs thought to be breeding in Malta, the species has suffered a significant decline, much due to human activity including light pollution and disturbance close to breeding sites. Conserving and protecting this unique seabird and their precious habitat is crucial for its long-term survival and is the primary mission of the LIFE Arċipelagu Garnija project.

Operated under BirdLife Malta in partnership with RSPB and Transport Malta, the EU-funded LIFE Arċipelagu Garnija team work tirelessly to make Malta a safe home for the Yelkouan Shearwater. Saving a species however is no mean feat! Especially for a species which nests in some of the Island’s most inaccessible areas. Scaling sheer cliff faces and spending days at sea exploring the coast by kayak becomes part of daily activity when the Yelkouans arrive – but discovering new populations and the fuzzy feathers of a newly-hatched and healthy chick make it all worth it.

When not exploring the depths of remote caves or fearlessly catching birds mid-flight for ringing records, the team works alongside local authorities to assess the impacts of light pollution, shares expertise with project partners on predator control, and aims to close as many of the knowledge gaps of population locations as possible to create effective conservation actions to steady the decline. 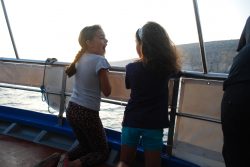 Of course, due to the enigmatic nature of this seabird, its existence is little-known to even the local Maltese population. Inspiring a sense of pride and responsibility for protecting this species is also a primary objective of the project – and what better way to do this then inviting the public to explore the remote cliff sites when night falls to listen out for the Yelkouan’s incomparable call or sailing past Gozo’s towering Ta Ċenċ cliffs on a sunset cruise to witness the Island’s seabirds first-hand? In the two years since the project began, the team has seen the public take an increasing interest in the life of one of Malta’s most special species; hundreds of volunteers have participated in clean-up initiatives in the main colony areas and hundreds more have joined at events to learn more.

The LIFE Arċipelagu Garnija project is continuing to build on the success of BirdLife Malta’s two previous EU-funded LIFE projects to create not only a safer and more sustainable world for nature and wildlife but of an environment that can be appreciated and loved by all, both in Malta and further afield.

With thanks to the ongoing dedication and commitment of teams and individuals including those of LIFE Arċipelagu Garnija, the quest for learning about the world around us and the importance of each and every species on this planet is never off the agenda.