How will the cleantech or the circular economy affect the sea areas and the operations of maritime sectors such as navigation or tourism? What if in the future algae were farmed alongside fish? And how these matters are linked with sea area planning or cross-border cooperation?

The question of what kind of marine sectors will exist in the Archipelago Sea and Gulf of Finland in 2050 is one of the themes of the Maritime Spatial Planning for Sustainable Blue Economies (Plan4Blue) project, started in autumn 2016, which examines the sea areas and maritime sectors of the Archipelago Sea and Gulf of Finland. The aim of the Plan4Blue project is to support national maritime spatial planning processes and the sustainable development of maritime sectors. The central idea of the project is to search for a balance between the economic, social and environmental aims and pressures that seas face. 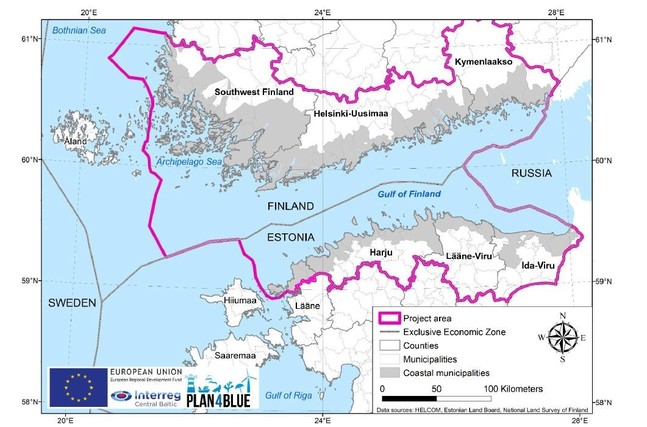 Sustainable growth of blue sectors is surveyed in Plan4Blue project area, in the Finnish and Estonian marine areas.

During the project, blue growth future scenarios will be run which will take advantage of a wide expert network through workshops and of the economic analyses carried out by the project. The scenario work has also aimed to consider the strategies that affect marine sectors, and their sector-specific visions and aims. It is worth noting that scenarios are always uncertain and that they may be formed in a wide variety of ways.

The future scenarios visualise the future and aim to find clues of what the maritime sectors could look like in the coming decades. We also aim to look for clues of what matters or drivers (such as the growth in automation, changes to sea temperature, the international economy or microplastics) will affect the development of these sectors. In addition, at the scenario stage, we try to establish what synergies maritime sectors have or could have: for example, how can the production of wind energy or tourism support and benefit from each other? Could fishing and tourism have synergy benefits in the archipelago? 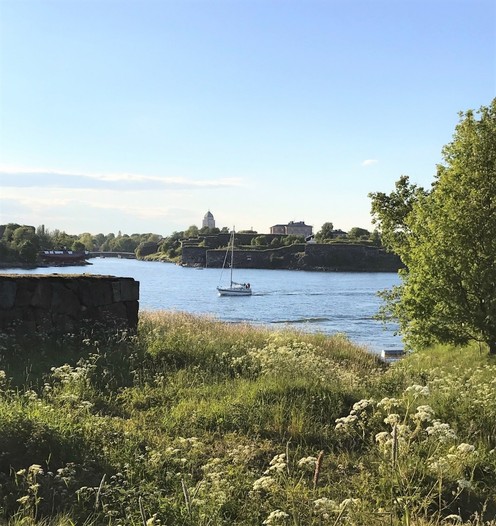 At the next stage of the project we will start thinking about what functions or areas arising from the scenarios and economic analyses would be good to examine from a cross-border perspective. We all know that the seas do not recognise boundaries – what happens in one place can have far-reaching effects elsewhere. For example, what effects could the development and rise of leisure boating between Finland and Estonia have on maritime nature, small-boat harbour activities or tourism development in this area?

The cooperation carried out during the project is diverse. The project organises several workshops, in addition to which it will function as a discussion platform for the planners responsible for the maritime spatial planning in the project area, as well as for marine researchers. The interactions produced by the project will support information sharing, free-form conversation, creative idea-generation, orientation towards the future, and learning on the planning of blue sectors' sustainable development.