Batteries Europe has held its yearly General Assembly, an essential gathering occasion for the entirety of the Platform: Working Group experts, NRCG representatives, Governing Board and Secretariat. The Assembly was opened by a keynote speech from the European Commission and saw the Platform stakeholders approving the extension of mandate of the Governing Board, with the replacement of one of its Vice-Chairs. The event was also an occasion to share the ETIP's workplan for 2021.

The meeting started with a Keynote Speech by Michael Lippert, Chair of Batteries Europe, who presented the work of the Platform and its importance, and was followed by a second Keynote Speech from Mark van Stiphout, Deputy Head of Unit for Innovation, clean technologies and competitiveness DG ENER. Mr Stiphout underlined the centrality of batteries in the European Commission's future efforts, in terms of policy and funding, reminding participants of the wide variety of topics related to battery research and of scopes for battery use in the decarbonisation goals of 2050. 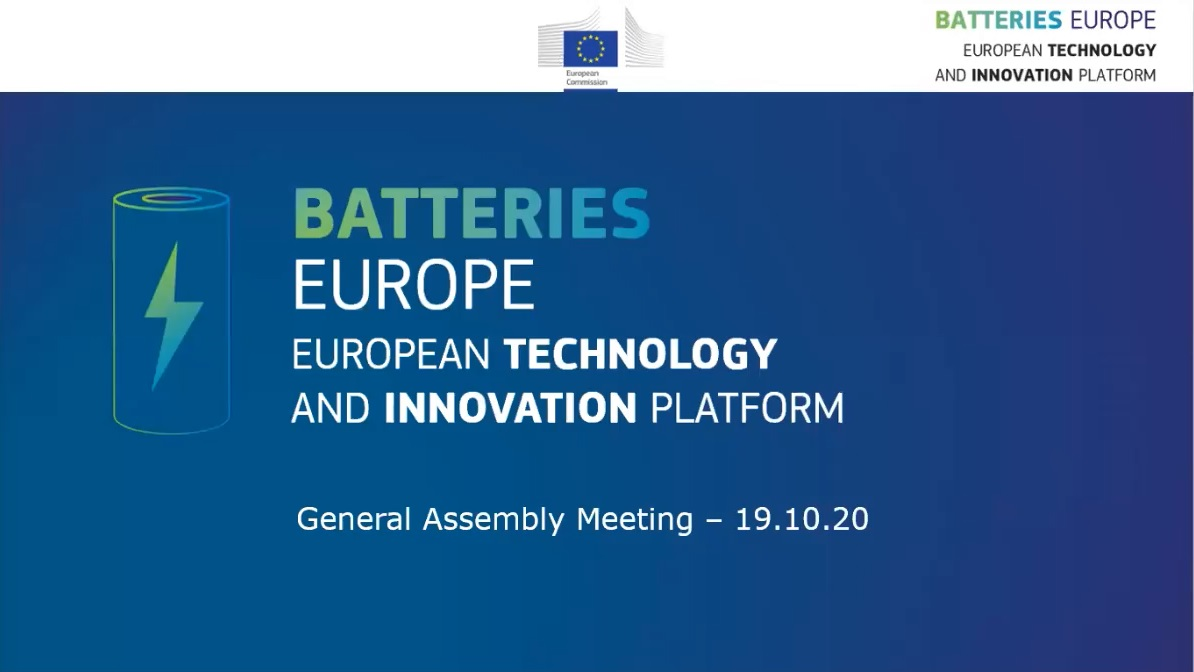 The Secretariat presented the achievements of the Platform in the past year, such as the set up of the recent task forces on cross-cutting topics and the mitigation plan for Covid-19 that was implemented to keep the work of the Platform still going. The communication and dissemination achievements were also presented, reminding stakeholders of the visibility that an ETIP can have thanks to the European Commission's communication instruments. The speech was followed by a presentation on the networks of interaction of Batteries Europe, by Kristina Edstrom of Battery2030+, Lucie Beaumel of the European Green Vehicles Initiative and Philippe Jacques of the Public-Private Partnership under Horizon Europe for batteries.

Kurt Vandeputte, member of the Governing Board, presented the future steps of Batteries Europe for the upcoming year: the Platform should make progress in the work of overseeing the synergies between various national and regional initiatives; engage in projects with its networks of interaction; and focus on a few technical works.

Immediately after, the results of the voting of the items put under the Platform's attention were presented. The Batteries Europe community of stakeholders was asked to vote on two items: first, a proposal for the extension of mandate of the current Governing Board until the end of 2021. Second, they were asked to vote on a proposal of replacement of Mr Tobias Loesche-ter Horst (Volkswagen) by Mr Oliver Schauerte (Volkswagen). With more than 100 valid votes, both proposals were approved by the Batteries Europe stakeholder community

Michael Lippert thanked all the stakeholders for their participation and voting on behalf of the Platform, wishing all a great upcoming year of work ad achievements.