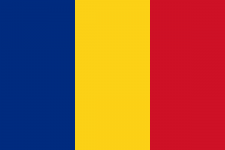 Between January and November 2020 the Romanian authorities received 5082 asylum applications. Most of the individuals concerned have been accommodated at the Reception Centers in Bucharest (in the south of the country) and Timisoara (located at the border with Serbia, in the west). According to the General Inspectorate for Immigration, the number of asylum applications received in 2020 surpassed by 155% the number of asylum requests lodged between January and November 2019.

Since 20 November Serbia has been included on the list of countries at high risk of COVID-19 transmission, meaning that the influx of asylum seekers arriving from Serbia in Timisoara raised practical difficulties in terms of accommodation. In order to ensure their quarantine, they needed to be accommodated in a facility separate from the reception centre. Despite initial difficulties in finding a satisfactory solution, the authorities have finally decided to utilise a high school student residence (which was further supplied with extra beds).

The pressure faced by the authorities in processing ongoing asylum applications has also resulted in delays in granting asylum seekers the financial and 'in kind' support they are entitled to receive. Thus, several NGOs working on migration in Timisoara - with support from UNHCR and local authorities - have come together to provide asylum seekers in need with support (daily meals, hygiene items, clothes etc).

The LOGS Association that coordinates the intervention has succeeded in mobilising the local community, migrant leaders and residents, alongside some businesses and NGOs – such as Romanian National Council for Refugees, AIDRom, Jesuit Refugee Services – in the significant effort to ensure the money, products and voluntary work to produce three hot meals a day and other assistance for those waiting to receive their entitlements.

By the end of December, over 250 asylum seekers accommodated in the reception centre and quarantined in the high school student residence had been provided with daily meals, clothes, hygienic products and furniture as a result of this unprecedented community mobilisation. Though this is a short term solution that cannot be sustained over a longer period of time, it was the first initiative of its kind in Romania that successfully brought together all community stakeholders for the assistance of a migrant group.

Romania Case studies
05 January 2022
Romania: National network of integration centres
During the 2017 - 2020 AMIF funding cycle, the General Inspectorate for Immigration in Romania focused on setting up a network of integration centres...
04 January 2022
Romania: New centre for the study of transnational families
The Centre for the Study of Transnational Families was recently established in Romania at Babes-Bolyai University, Cluj Napoca, as part of the CASTLE...
24 December 2021
Romania: Migrant integration in Brasov county progressing despite COVID-19 restrictions
A new, local project designed to support the integration of a large community of migrants settled in Brasov county, Romania, is being implemented by...
09 December 2021 | EU Wide
TRIPS project publishes a toolbox and report on the integration of trafficked refugees
The project Identification of Trafficked International Protection Beneficiaries’ Special Needs (TRIPS) published a toolbox for integration...
More content