Portugal: Research project on migration and health during COVID-19 shows the need to reinforce healthcare services 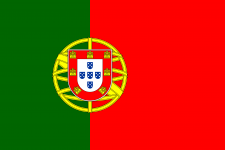 The first comparative study has been made on the consequences of COVID-19 in migrant and native families in Amadora, the most densely populated municipality in Portugal where foreign citizens account for 11.7% of the population. The final results of the study are due to be published soon, but key statistics are already being shared.

Key findings of the study include:

According to researcher Maria do Rosário Martins, the results “show that the situation is difficult for everyone, but it is even more negative for migrant families, who are more exposed to the socioeconomic problems caused by the health crisis". This points to the need to strengthen health services in order to prevent social exclusion.

Also participating in the project were the Group of Health Centres of Amadora (ACES) and the Association of Community Intervention, Social and Health Development (AJPAS), which have both previously collaborated with Maria do Rosário Martins in a project to determine the socio-demographic and economic profile of these 420 families in Amadora. This former project showed that migrants, mostly from Portuguese-speaking countries such as Cape Verde, Angola, Brazil and Guinea-Bissau, "have greater job insecurity, lower median incomes, lower health expenditures, and live in more crowded houses than native families".

For further information on the project and report, click here. Other countries such as Poland, Denmark and the UK have also been researching the specific experiences of minority communities during the pandemic.

Portugal Communication Health Service provision
25 November 2021 | Czech Republic
Czech Republic: Healthcare utilisation by foreign nationals in 2020
In 2020 healthcare was provided to 103 000 foreigners in 195 hospitals across the Czech Republic, at a total cost of 975 million CZK. This publication...
24 November 2021
Poland: Nationwide collection by Catholic Church to support migrants at Belarusian border
On 21 November 2021 the Catholic Church in Poland organised a collection of financial donations at all its services across the country, specifically...
More content