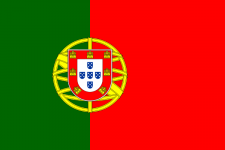 The number of immigrants working in Portugal and making social security payments is growing. According to Minister of Labour, Social Security and Inclusion Ms. Ana Mendes Godinho, 473 000 foreign citizens made such a payment in December 2021, accounting for 10% of the received monthly social contributions in Portugal in that month. These payments are compulsory for both foreign workers and their employers, and therefore their numbers give a good indication of the growing number of immigrants securing employment in Portugal.

According to Ms Mendes Godinho, this increase in social security payments by migrants indicates “inclusion but also collective participation”. Proportionally, these payments are greater than the relative weight foreign citizens represent in the resident population, stressing the relevance of their role in sustaining the economic system.