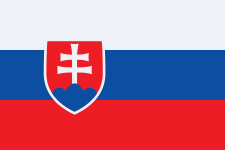 The importance of integration has begun to resonate at the local level in Slovakia. The municipality of Bratislava hosted an event on 7 August 2019 for migrants from different backgrounds living in the city. The event aimed to send a clear message that diversity is an asset and that Bratislava values the contributions of people from all backgrounds. During the event, mayor Matúš Vallo underscored that Bratislava aims to be an open, tolerant and friendly city for all.

According to the municipality, Bratislava is home to about 34,000 foreigners, which is 8% of the city’s population and nearly one-third of all foreigners living in Slovakia. Third-country nationals in the city mainly come from Serbia, Ukraine, Russia and Vietnam.

The municipality is also involved in the AMIF-supported project KapaCity, which works to improve the integration of migrants at the local level. While Bratislava takes its first steps towards incorporating integration into the municipal agenda, the municipality of Nitra is getting ready to open an information centre for migrants coming to the city for economic reasons. As increasing numbers of economic migrants arrive in Slovakia, migrant integration is likely to gain further importance at the local level.