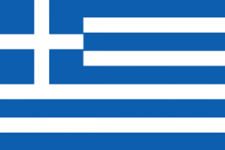 For the period 2020 - 2027 Greece will be funded by the EU to the amount of one billion euros, for the implementation of migrant and refugee support programmes. This is significantly less than the previous amount granted (3.5 billion euros), which the EU has said is due to reduced refugee flows to the country.

The Greek Ministry of Immigration and Asylum, which has clearly stated its objection to the reduction of funding, has published official data on the situation in the reception/hosting centres in the Greek islands and the mainland, and on the number of people who have been declared refugees in the country, stating that the sheer numbers of such people are indicative of an emergency situation and related needs. A special team of the European Commission - including the EU Commissioner, Ms. Ilva Johanson - will therefore visit Greece alongside the Minister of Immigration and Asylum, Mr. Mitarakis, in order to examine in person the situation on the ground.

Undoubtedly, the official data that have been released show the importance of decent funding. In Leros there are 385 displaced people, for example, of whom 180 are now registered asylum seekers. In Kos there are 115 people, plus 200 in the island's pre-detention centre. In Samos, there are 3 180 people, of whom only 500 have been officially recognised as refugees but a considerable number characterised as 'vulnerable'. In Lesvos, following the destruction of the Moria camp, there are an estimated 6 000 people living in the Mavrovouni facility. 2 000 of these people have been officially recognised as 'refugees' and are set to be moved to the mainland.

There are plans underway to construct three KYT Centres (Reception and Identification Centres) in every 'hotspot' Greek island, at a cost of about 120 million euros. The biggest of these, located in Samos with capacity to hold approximately 3 000 individuals, is almost ready to start accommodating those people.

These figures show clearly that migration flows to Greece may have reduced, but that the need of the displaced people now living in the country for access to an integration process with specialised programmes has actually increased. For this reason, EU funding should not be cut but altered to reflect the circumstances and to better achieve its purpose.

Find related statistics and further information on this issue here.