Belgium: Complaint against Secretary of State for Asylum and Migration regarding the reception of unaccompanied migrant minors 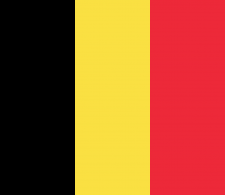 Several NGOs, including Médecins du Monde, Avocat.be and Mineurs en Exil have filed an official complaint against the Belgian Secretary of State for Asylum and Migration, Sammy Mahdi (of CD&V, the Christian Democratic and Flemish party), and the Federal Agency for the Reception of Asylum Seekers (Fedasil). They are reporting a violation of the law regarding the reception of unaccompanied migrant minors (MENA). Brussel’s labour tribunal has set the hearing for 8 November 2021.

During the pandemic, Fedasil established criteria to distinguish between the more vulnerable MENA (younger children and girls, for example), who would benefit from having more time to be received by services, and other unaccompanied migrant children. As the associations point out in their complaint, the federal law that implements the European Union’s directives regarding MENA does not allow for the vulnerability-based 'ranking' of or distinguishing between unaccompanied migrant children.

Once granted asylum, MENA can access welfare protection, schooling, juridical and psychological assistance, benefit from housing in specialised accommodation, and join a foster family, which would allow them to integrate socially and culturally.

Between January and April 2021, Mineurs en Exil reported the existence of 1 143 unaccompanied minors, most of whom are aged 16 and 17 years old. However, it is also true that migrant children are often reluctant to report themselves to the relevant authorities, so in reality this number is likely to be higher. In addition, half of the MENA interviewed by Caritas International in 2021 were homeless. The number of underaged minors on the streets of Brussels has dramatically increased the last few months, the associations pointed out. Their accessing of MENA status is a crucial element in their successful integration into Belgium.

Minors Asylum Belgium Protection
25 November 2021 | Czech Republic
Czech Republic: Healthcare utilisation by foreign nationals in 2020
In 2020 healthcare was provided to 103 000 foreigners in 195 hospitals across the Czech Republic, at a total cost of 975 million CZK. This publication...
24 November 2021
Denmark: Integration minister calls for more apprenticeship contracts
At vocational schools in Denmark, only one in three students with roots in a non-western country manages to secure a contract with a company in the...
More content