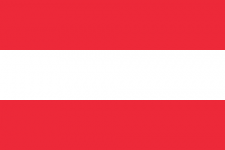 The Austrian Anti-Face-Veiling Act which passed in May 2017 entered into force last Sunday 1 October 2017. The Act bans all full veils such as niqabs and burqas from public places, providing that “facial features may not be hidden or concealed by clothes or other objects in such a way that they are no longer recognisable”. It also foresees penalties of up to 150 euros for violating the law. But the implementation of the law is not as smooth as expected.

The Anti-Face-Veiling Act was enacted as part of an integration package passed earlier this year by the Social Democrats (SPÖ) - Conservative People’s Party (ÖVP) coalition, after nearly 8 months of negotiations. The Head of the ÖVP, Sebastian Kurz, who spoke out against a ban in the past, changed his mind. In contrast, the far-right Freedom Party (FPÖ), that originally pledge for a veil ban, voted against the law, considering the full package as a “sedative pill without sustainability”. He argues for stricter regulations including headscarves as well. The Greens and the Liberals (NEOS) also voted against the law for opposite reasons.

There are only around 150 women wearing burkas or niqabs in Austria. Hence, the majority of people concerned by the law will be tourists.

Although the law is formulated in a “neutral” way, some consider that it is clearly geared towards Muslim women wearing niqabs and burqas. It clearly indicates that the face must be shown from chin to hairline if there are no special indicators for exceptions such as medical reasons or working clothes.

However, bigger scarfs and caps in cases of cold weather, as well as face-covering disguises such as clown masks remain legal, as shown in this illustration by the Ministry of the Interior and the Austrian Press Agency shows. This caused a lot of confusion considering that the law itself does not give further explanations, leaving it up to the police to judge case by case and on the spot.

The police itself stated it will execute the so-called burqa-ban “with sensitivity”. The police union however calls for legal certainty on when and how to the implementation the law. Hermann Greylinger, chief of the police union, said that the executive forces are already burdened by an ad hoc legislation and that up to the present day, full veils raised no problem. Muslim groups have also condemned the law, stating it criminalises women and restricts them to their homes.

Furthermore, the president of the Austrian bar association, Rupert Wolff, strongly criticised the so called integration package to be “bad and wrong” and “deeply interfering with basic rights”. The Austrian bar association has proposed to fully drop the law, arguing it is “unnecessary, inappropriate and questionable from a fundamental rights point of view”.
Amnesty International has also suggested the complete suspension of the law. Even the president of Austria, Alexander Van der Bellen called it "not a good law". He nevertheless signed it.

The first cease-and-desist warnings occurred without any incident, as the women were cooperative and took off their veils. Not all cases are that smooth. Metro service had to stop because passersby were harassing a veiled woman and a fight started between a muslim woman and several passersby after they compelled her to unveil.

Two people were fined at the edge of a demonstration against the new law in front of the parliament. They were dressed as clowns. A cyclist got stopped for wearing a scarf because police claimed it wasn’t cold enough. The case ended with a warning. Another man dressed in a shark costume for a PR event promoting the opening of a new shop in downtown Vienna was told to take off his mask and fined by police.

Information leaflet by the Ministry of the Interior